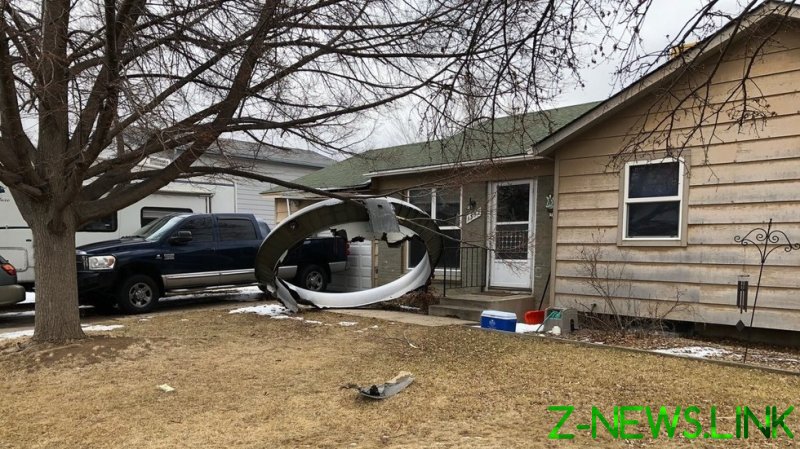 The shocking incident happened shortly after United Flight 328 took off from Denver for Honolulu, and forced the crew to perform an emergency landing with the right engine on fire and large chunks of it missing.

The Boeing 777-200 plane, which had 231 passengers and 10 crew on board, landed safely, with no injuries reported. Several passengers caught videos of the burning engine, and the moment jet touched the ground to everyone’s relief and cheers.

Meanwhile, stunned witnesses on the ground reported hearing a loud bang and saw pieces of metal raining from the sky.

Another witness apparently saw an explosion in the sky and managed to capture a video of the low flying jet and traces of black smoke.

There were no reports of any injuries on the ground either, as police in Broomfield, Colorado, shared multiple photos of the debris scattered across several neighborhoods.

Authorities urged people not to touch anything pending the National Transportation Safety Board investigation.