Home / WORLD / ‘United and strong like never before’: Trump won’t break with Republican party at CPAC speech, will back GOP 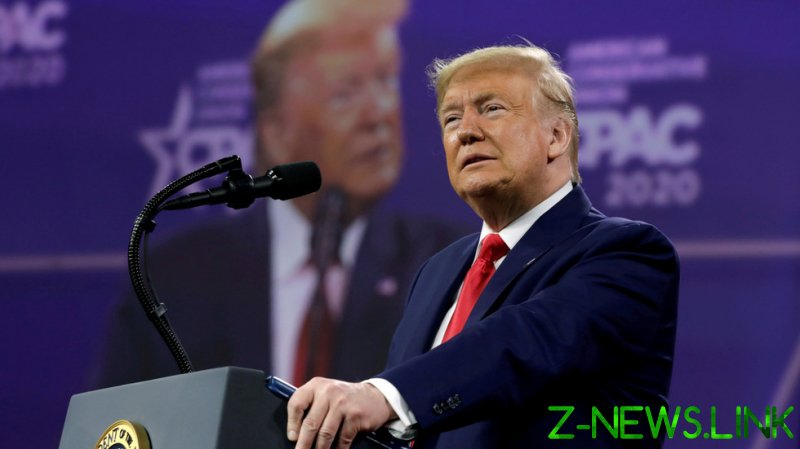 Trump has kept a relatively low profile since leaving the White House last month, and his public statements have been few and far between, likely owing to his deplatforming from every major social media outlet. As such, his headline appearance on Sunday at the Conservative Political Action Conference (CPAC) has been hotly anticipated.

According to an excerpt from the speech obtained by Fox News, Trump will throw cold water on rumors of a break from the GOP and the establishment of a new populist political party.

“We are not starting new parties, and we will not be dividing our power and our strength. Instead, we will be united and strong like never before,” Trump is expected to say.

A source “close to the former president” also told Fox that Trump will walk “right up to the line of announcing another campaign,” without actually committing to another run for office in 2024.

Trump’s speech is expected to last around 90 minutes, and will attack President Joe Biden on immigration and the cancelation of the Keystone XL pipeline, bash the Silicon Valley tech companies, and lay out a “pathway” for Republicans to retake Congress in 2022’s midterm elections, the source said.

Whatever the particulars of his message, Trump will be speaking to the friendliest of crowds. MAGA hats and banners are a regular sight at the Orlando hotel hosting the conference, and the former president’s son, Donald Jr., referred to the event as “TPAC,” (Trump Political Action Conference) in his own speech on Friday.

The speakers list at CPAC is considered a fairly reliable barometer of the direction of the Republican Party, and this year’s lineup was overwhelmingly pro-Trump. No lawmakers present voted to impeach the former president, and prominent anti-Trump Republicans, like former ambassador to the UN NIkki Haley, were sidelined from the event.

Though most polls show Trump as the candidate of choice for 2024, a number of other speakers have been touted as potential successors. Florida Governor Ron DeSantis, Senators Josh Hawley (Missouri), Tom Cotton (Arkansas) and Ted Cruz (Texas), as well as former Secretary of State Mike Pompeo, have all been discussed as potential challengers in 2024, and all spoke at CPAC this weekend.