Unique discovery found in the most ancient living organisms 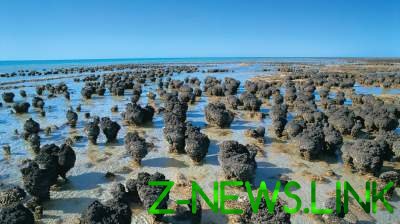 A group of Australian scientists has discovered living stromatolites (oldest known form of life) in the drainage basin of the river Giblin located in South-West Tasmania. The discovery was made during a survey of the peat wetlands, information on the finding, the researchers published in the journal Scientific Reports.

Stromatolites are a group of microorganisms capable to create a mineral film, using elements dissolved in water in which they live. They first appeared 3.7 billion years ago.

They are found worldwide, but modern live samples are extremely rare and generally prefer warm shallow water. The current range of stromatolites is limited to only those places where the little animals that feed on them, such as water snails.

The researchers note that high salinity water in this area allows the stromatolites to live in Tasmania because their natural enemies – snails are in adverse conditions.

DNA analysis showed that these stromatolites are a unique community of microorganisms. Researchers believe that they could appear in this place of soil and rock biofilm.

Scientists believe that the discovery raises the possibility that the stromatolites colonize a wider range of freshwater environments than previously thought and hope that their study will become a starting point for new discoveries.