Home / WORLD / UNICEF feeding our children is a humiliation that lays bare a broken system – is the UK a 3rd-world country now?

UNICEF feeding our children is a humiliation that lays bare a broken system – is the UK a 3rd-world country now? 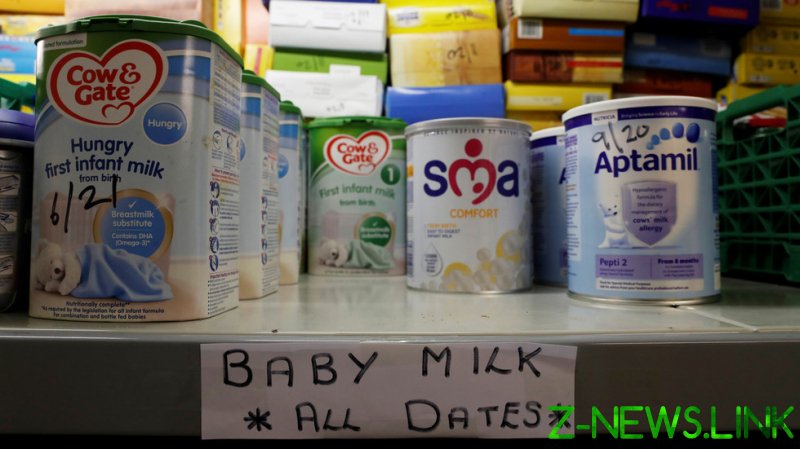 As a teenager growing up in the Thatcher years in a working class coal mining community, I saw poverty and hopelessness everywhere – kids leaving school unable to read and write at 16, others going without food for days because their parent’s mental or physical health had totally broken down. All while the rest of us – those that were doing well and only living in relative poverty – ate jam sandwiches or beans on toast, or just toast if it was the night before payday.

I had school friends that never had a full school uniform in five years of being at our state comprehensive because their families simply could not afford it – most people’s aspirations were about their kids never going hungry and always being well turned out. I’m not looking for sympathy, I’m simply being honest about working class Britain in the 1980s. I thought at the time that the Conservative government with Thatcher at the helm literally wanted to kill us – that our poverty was a purposeful action of genocide by an elite group of people that hated us.

In 2020, poverty is in focus again – it never really left – so Covid-19 has been able to pick off the poorest and the most vulnerable, while others have been left to fester without proper assistance. The policies that are meant to protect the nation – closing down high streets, pubs, schools, support networks and hospitals to virtually all but those suffering from the virus, means that impoverished, working class people, their families and their communities are not only taking the full force of the pandemic, but also a deep recession.

And shockingly (who knew) they cannot take it, cannot survive. Therefore, UNICEF, the United Nations agency responsible for providing humanitarian and developmental aid to children, which usually works in third world countries sending back reports and images of starving black youngsters with swollen bellies, has stepped into the breach to help feed British families.

The agency has announced there is a ‘domestic emergency’ and, for the first time since it was founded 74 years ago, will provide emergency aid to the sum of £25,000 to provide breakfast boxes for around 1,800 children during the December school break in South London.

Opponents to the current Conservative Government are making much political capital out of this news, mostly by tweeting their contempt for an administration that has allowed this shame to befall us.

As the nation enters into the final days of Brexit negotiations with the EU, supposedly to stand on our feet as a truly sovereign nation, UNICEF declares that we can’t even do the basics of feeding our children. Way to go, Boris, a record Mrs Thatcher never even achieved.

But there’s a But. Charity that is used to meet people’s basic needs can never be positive – it uses vulnerability to victimise and does not hold power to account. I prefer solidarity and initiatives, such as the high-profile free school lunches campaign by footballer Marcus Rashford, that expose the government’s inaction and indifference.

Poverty has always been with us as a by-product of the capitalist system and, to our shame, we put up with it. We are today supposedly a rich European nation, a former imperial power, and yet poverty has been, and remains, the defining characteristic of the British class system – the fat and stupid gout-ridden rich upper class at the top of society; the mean and resentful middle class hoarding their privileges while feigning that they care by giving a little to charity or expressing outrage at the starving 2,000 miles away; and, of course, the lowly working class – the providers of wealth to all above them. A large and growing proportion of whom have no paid work and are forced to wait, while being shamed on social security benefits, for the ‘market’ to change.

Or to wait, perhaps, for government largesse, perhaps the offer of more generous state top-up payments to employers to subsidise the private sector as Tony Blair’s New Labour did back in the 2000s, thereby keeping wages low for over a decade and ensuring the system remained exactly the same. You must remember that lot – the ones that, back in 1999, promised with their smarmy, insincere grins to eradicate child poverty within 20 years? That would be, oh yeah, by… now.

The fact is that poverty is endemic in a system that rewards and cares only for the accumulation of wealth. UNICEF’s intervention may grab the headlines, but it is simply a small sticking plaster that says nothing that we did not already know. I have been watching, reading, listening to, and experiencing, stories of poverty all of my life – and I am angry about it as I was in the dark days of Thatcher.

Do I think today’s government hates the poor and is trying to kill them? No, if anything, the verdict is worse: I think they are incompetent, stupid, out of touch, greedy, uncaring and claret-drunk on power. One only has to listen to the braying outrage towards UNICEF by Jacob Rees Mogg, a multi-millionaire patrician politician so out of touch that he’s been described as parliament’s “Honourable Member for the 18th century,” to know the truth. Are the Tory’s Labour opponents, those snakeoil poverty eradicators, any better? No, just bigger hypocrites.

Here’s the biggest problem: the British public has the stomach for poverty, at least those who have stomachs that are generally full. It is happy, or at least not overly bothered, with tens of thousands of our children going hungry, being cold, living in unsanitary conditions, and being forced to accept charity to survive. It must be so, otherwise we would demand real, systemic change, rather than swallow party political change and the mirage of hollow promises.

I know there will be hundreds of thousands of children throughout the country today who are seeing and experiencing hunger, thinking that their government hates them and is starving them and their families deliberately, as I did back in the day. What a state we’re still in.