Home / WORLD / ‘Unequivocally no’: Fauci says he will never reach a point where he resigns over Covid-19 controversies

‘Unequivocally no’: Fauci says he will never reach a point where he resigns over Covid-19 controversies 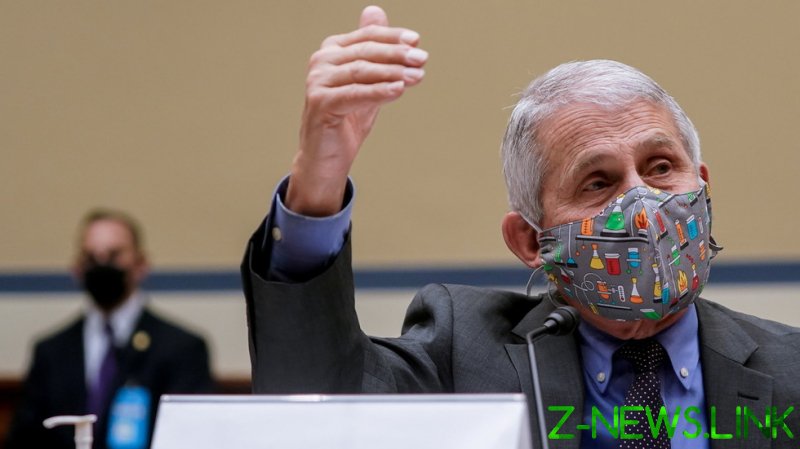 Appearing on Hugh Hewitt’s radio program, Fauci was asked if he could ever see himself resigning if he caused “more harm than good.”

“No, absolutely, unequivocally, no,” Fauci replied.

The infectious disease expert then went after Hewitt and other critics on a variety of “controversies” related to his own medical advice, as well as that of the Food and Drug Administration (FDA).

“We have been dealing with an evolving situation,” Fauci said at one point, echoing a defense he’s presented for himself in the past. He added that examples of his advice changing – such as being against masks early in the pandemic – can be chalked up to changing data influencing his perspective.

Critics have argued Fauci presents too much information as solid fact, only to seemingly backtrack later, citing new data, on issues such as masks and theories about the virus’ origins.

Hewitt stuck to his argument, saying Fauci is an “impediment” to public health and declaring that people “won’t listen” to him.

Recent polling has shown trust in Fauci and the current administration in regards to Covid-19 is falling, especially among Republicans.

Asked again if he could see himself stepping aside and accepting that he cannot properly communicate for his job, Fauci remained defiant and dismissed his critics as being conspiracy theorists too hung up on “flip-flopping.”

After Hewitt suggested that some could be refusing to get the vaccine because of their lack of trust in Fauci, the doctor “rejected” that idea “completely.”

“That is ridiculous,” he said, accusing the host of “creating a false narrative.”

Over 55% of the US’ total population has been fully vaccinated thus far, according to data tracking from the Centers for Disease Control and Prevention (CDC), and over 66% of adults are. Over 77% of US adults have had at least one dose of a vaccine.