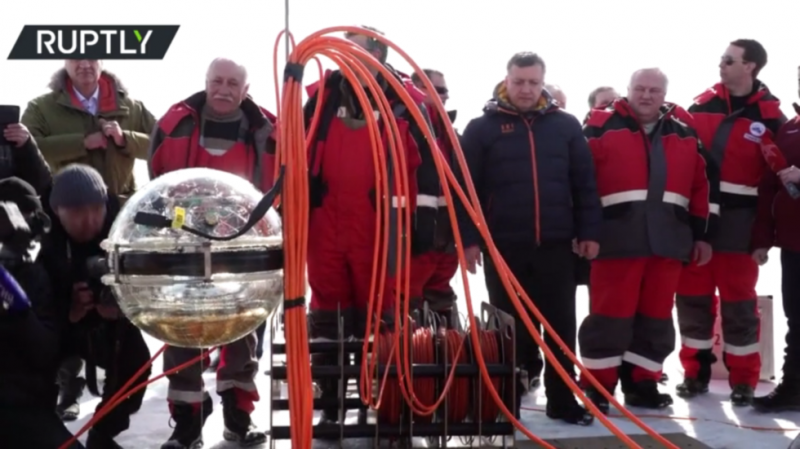 Launched on Saturday, Baikal-GVD will attempt to detect the subatomic matter arriving from outer space, with the aim of discovering where it originates from.

The high-energy cosmic particles are incredibly difficult to find, and placing the device in a large body of pristine water, where there are no impurities, increases the chances of discovering them.

Lake Baikal, located in Siberia, is famous for its incredible depth and crystal-clear water. According to scientists, this makes it the perfect place for the telescope.

With the newly discovered information, scientists believe they will be able to learn more about what happened in the universe billions of years ago. As the particles have a low mass and travel close to the speed of light, it is thought that they arrive on Earth almost unchanged from when they were first produced.

According to Maxim Libanov, a nuclear research scientist at the Russian Academy of Sciences, the project cost around 2.5 billion rubles ($34 million).

Speaking at the launch ceremony on Saturday, nuclear research academic Grigory Trubnikov called the project a triumph of Russian science and international cooperation, noting that the telescope will allow for the recording of “better neutrino statistics than was possible in previous years.”

The project was developed alongside scientists from the Czech Republic, as well as Slovakia and Poland, among others. The Russian device is similar to one already placed in Antarctica, named IceCube, and solves a key issue in creating a world neutrino network by having a highly sensitive telescope in the Northern Hemisphere.