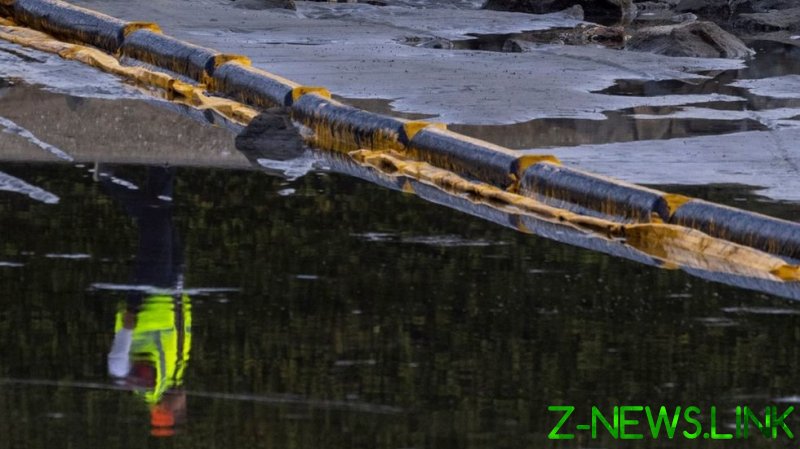 The steel pipe that carries oil to Southern California’s shore from three sea platforms might have been faulty for several months and possibly up to a year, US investigators told the media on Friday. While it was initially believed the pipe was hit at some point by an anchor, with the search for the responsible vessel having been initiated, it has now turned out that many ships may have subsequently struck the pipe.

Ruptured and spewing oil, it had been dragged 105 feet (32 meters) across the seabed, eventually resulting in one of the worst oil spills in California in decades.

“We’re going to be looking at every vessel movement over that pipeline, and every close encroachment from the anchorages for the entire course of the year,” chief of the office of investigations and analysis, Coast Guard Captain Jason Neubauer told a press-conference.

The oil spill occurred outside The Port of Los Angeles and Port of Long Beach complex. Being the largest in the country and one of the busiest in the world, it handles around 4,000 vessels a year, according to information on the ports’ websites. This includes ships not only from around the US, but also from overseas, which could further complicate the investigation.

No ships have yet been identified as suspect, and it is not clear when the 13-inch (33 centimeter) crack first appeared on the steel pipe, Neubauer said, adding that the last time it appeared to be intact was in October 2020.

Investigators also believe that the pipe, installed more than 40 years ago, might have been weakened by corrosion, as well as by the apparent repeated anchor strikes since the initial crack appeared. They also said only large cargo ships would be powerful enough to drag a large section of the pipe, so that somewhat narrows their search for vessels to be inspected, and may reduce a year’s worth of radar data to be looked through.

A cleanup has been underway since Monday close to some of the US’ most popular beaches. The real impact of the rupture that sent large amounts of crude into the Pacific has not been identified. While hundreds of workers have been deployed in the mop-up efforts in Huntington Beach on the coast of Orange Country, some beaches with their waters blackened by the spill remained closed this weekend. Several birds have been found dead and, environmentalists caution, the long-term impacts could be worse.