Home / Incident / Under the Donetsk was burned alive man

Under the Donetsk was burned alive man 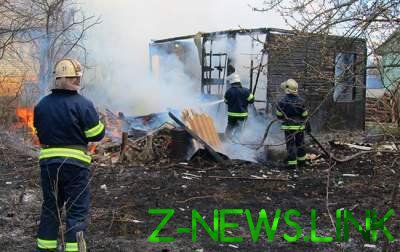 In the Donetsk region in the fire killed a man.

In the Donetsk region on 26 November 2017 as a result of fire in the territory of a private household the person died.

“On November 26 at 18:03 on phone of service of rescue 101 the message came about the fire at Krasnoflotskaya str., Slavyansk, Donetsk region. At the address was sent to duty division 6-th State fire and rescue group”, – stated in the message.

As noted, the fire occurred in a summer kitchen on the territory of a private household, where, during fire extinguishing rescuers found the dead body of a man. Now experts establish the reasons of ignition.