Home / Medicine / Uncover the secret of a healthy heart

Uncover the secret of a healthy heart 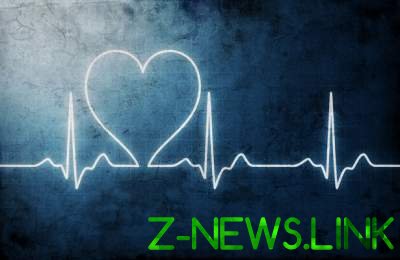 The experts measured the levels of metabolites blood.

As scientists have found the University of Colorado, the intestinal microbiome is to blame for the deterioration of the function of blood vessels that occurs with age, which increases the risk of cardiovascular disease in the elderly.

Head of the research group Vienna Brant explains: “This is the first study that shows how changes in the microbiome of the gut during aging have an adverse effect on the health of blood vessels. This opens up a new path for potential interventions to prevent a range of cardiovascular diseases”.

In the experiment, Brant colleagues gave young and old mice to broad-spectrum antibiotics to kill most of the bacteria living in the gut. The researchers then assessed the state of the endothelium (the inner shell of the blood vessels) and the stiffness of large arteries. They also measured the levels of inflammatory compounds blood, tissue damaging free radicals, antioxidants and nitrogen compounds that widen blood vessels.

After several weeks of treatment, young rodents showed no changes in the condition of the vessels, but the old showed significant improvements on all indicators. Co-author Doug Sills says: “When we suppressed the microbiome in mice, their cardiovascular health was restored to the state of the young. This suggests that there are microorganisms that cause vascular dysfunction”.

The researchers then took samples of faeces from all mice and conducted genetic sequencing, comparing intestinal bacteria young and old animals. “In General, in aged mice, we observed the increase of microbes that are Pro-inflammatory and were previously associated with the disease,” adds Brant. For example, old mice had significantly more proteobacteria, of the type that includes Salmonella and other pathogens, and proinflammatory Desulfovibrio.

In addition, the experts measured the levels of metabolites in the blood that are produced by intestinal bacteria and absorbed into the bloodstream. It turned out that the old mice had three times more N-oxide of trimethylamine, a metabolite that is associated with an increased risk of atherosclerosis, heart attack and stroke. “We know that oxidative stress and inflammation affect the health of the arteries over time, but we didn’t know why the arteries become inflamed and start to experience stress. We now suspect that with age, the gut microbiota begins to produce toxic molecules that enter the bloodstream, cause inflammation, oxidative stress and tissue damage,” said the authors.

See also:  Regular consumption of these foods reduces the risk of heart disease

Nevertheless, they do not suggest people to use antibiotics as cardiovascular fountain of youth. “We used antibiotics only as experiment. There are too many side effects and other problems with their widespread use,” warn scientists. They added that diets with a high content of probiotics and prebiotic fibers may play a role in the prevention of heart disease, promoting healthy intestinal microbiome. “The fountain of youth actually may lie in the gut”, the researchers said.