Uncomfortable questions about the war 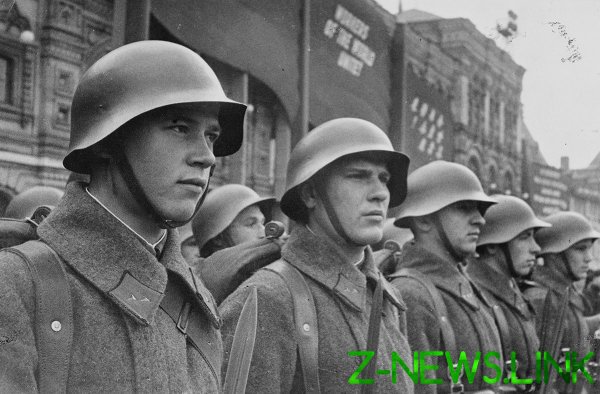 So, friends — today publish a long-planned post with uncomfortable questions about the Second World war — which is good, we must ask the authorities and historians, but which unfortunately is now drowning in the thunder of salutes and cries of “can you repeat that!”. Even the war like to twist to exalt the figure of the dictator and the tyrant Stalin — whitewashing which now again has been in Russia for strengthening and cementing the modern dictatorship.

Meanwhile — these are very important questions, only understand which it is possible to prevent the recurrence of such a tragedy again, as war. Learning from the mistakes is not a shame — a shame not to draw conclusions periodically to hint to people that if something like this happens again — then again we heroically repeat 40 million deaths and dozens of destroyed cities. Personally, I don’t want the war repeated itself in the XXI century people do not have to fight among themselves, solving all the issues exclusively in the language of diplomacy. And that is why we must ask questions about the last war — so as not to repeat the same mistakes.

So in today’s post — six uncomfortable questions about the war. Make sure you check out the article below, it is interesting. Well, friends to add do not forget)

1. Why the war started in the USSR? 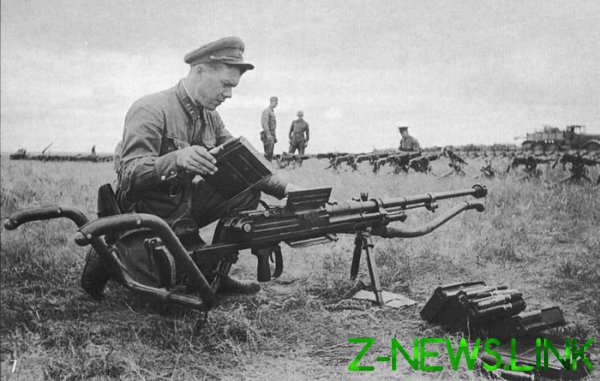 In the official Soviet historiography (and in the current Russian, which is not far from the Soviet) has always been strengthened by the theme of unexpected and sudden outbreak of war — is strongly emphasized in works of art and official Soviet propaganda. For example, in the old Minsk Museum on the theme of war (which was open even during Soviet times) the first room began with a giant foam figure of a German tank, which breaks the “Pact” Ribbentrop-Molotov, as in the old Soviet film, the epic “Fall of Berlin” war finds the main character in the field, where his head suddenly begin to crumble a German bomb. No way I still have not explained why the Germans in this film bombed an empty field.

In fact, all these stories are designed purely on emotional response, were designed to swing the essence of the event — and why, actually, the war started in the USSR? What the Soviet Union did in order for this war to prevent? No one never answered these questions because they will involve many other issues, it is extremely inconvenient for the Soviet Union — the so-called Winter war of 1939 against Finland and the partition of Poland — which the USSR and Germany were allies, and even held a joint parade in Brest.

In General no one has ever asked these questions to the Soviet government, as no one asks these questions now — it is easier to glue on the car stickers “I’m going to Berlin for the German women!” and from time to time to holler “can you repeat that!”. 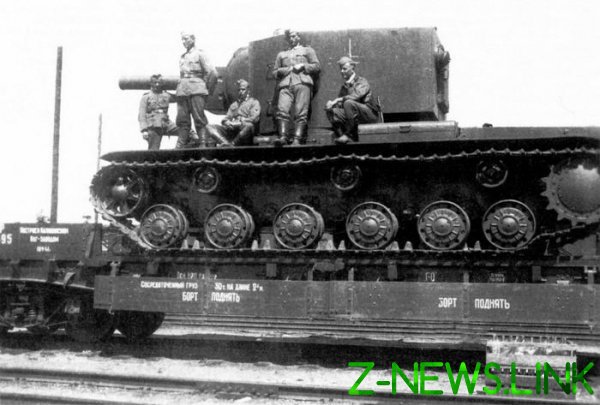 A very uncomfortable question for all the screamers “can you repeat that” — and what, in fact, was prepared of the Soviet Union until June 1941? In the USSR loved to tell tales of “extremely weak and the unprepared red army” — but in fact these tales are quite far from the truth. Already by 1935, the Red army was a very formidable force — the army had 119 divisions (87 infantry and 32 cavalry), and 17 separate brigades, 12 tank and 5 infantry. The personnel of this army consisted of almost a million people, they had 4,400 tanks, armored cars and tankettes. Also had an air force and Navy — there were still 220 thousand people, and the next 6 years, these forces continued to accumulate.

By June 1941 the Red army of the Soviet Union was an impressive and formidable force, which could stop any army in contemporary Europe, if indeed preparing for the defense. There is a logical assumption — that the Soviet Union is not preparing to defend, to something quite different. What exactly? I want to remind you about your old post “How the Soviet Union wanted to conquer the world” — actually, a “liberation campaign in Europe” the Red army was preparing. Talking about it, including the events of the first days of the war — the Germans took without a fight, entire trains, on platforms which were new in the oil tanks models “KV” and others. Were not in combat positions — and stood on a pallet, ready to be “sent to the West” — 6.5 thousand tanks in fact, simply “gave” the enemy, three times by increasing the composition of the armored forces of Germany.

See also:  Cute pictures of animals understand a lot about the comfort

If the Soviet Union really ready to defend — no Hitler will not progress beyond the Brest. I want to remind you, looks like a war-torn country, which is indeed prepared to defend in 1939, little Finland has resisted the most powerful army in the Soviet Union, repulsed the enemy with loss 1-in-7 — one of the deceased Finn had 7 dead Soviet soldiers.

3. Why 1.5 million Soviet citizens fought against the Soviet Union? 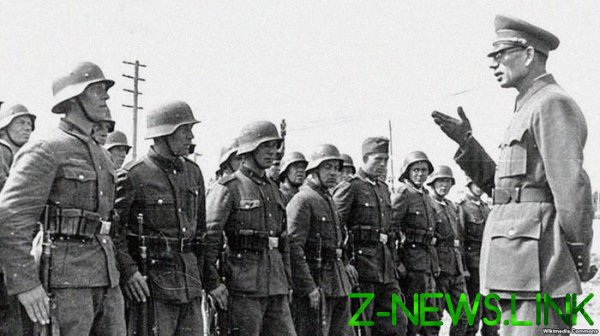 Soviet historiography tells the tale that “the entire Soviet people rose up to battle with the enemy,” trying to close thereby the actual disaster 1941 — as many as 4 million soldiers in 1941 surrendered to the Germans, and more than a million former Soviet citizens actually sided with the enemy and began to fight against the Soviet Union. In the USSR there was even a separate Lokotskogo Republic — it lasted from 1941 to 1943 and was subordinated to the German invaders, and also had its own army.

In Soviet historiography mentioned “separate the names of the traitors”, sometimes could remember about Vlasov, but on the number who fought against the Soviet people tried not to mention the feeling that Vlasov was something like a forest bandit with a couple dozen minions — meanwhile, the Vlasov army numbered not less than 130 thousand people, fought including under the white-blue-red tricolor, and its leaders regarded the Second world war on the territory of the USSR as a continuation of “Civil war” two decades ago. All in all, given the other connections, and the rear — side of the invaders fought more than a million Soviet citizens — different researchers have called the numbers from 1 to 2 million.

Why did this happen? The fault is in this the Soviet government, with its surplus, repression against the Cossacks, cannibalization and arranged Famines? Maybe it was due to the policy of Stalin, that all the prisoners of war were sent to concentration camps? Can you imagine the same percentage of traitors such as Finland, which attacked the Soviet Union two years earlier? If not, why not? — all these questions are asked as in the USSR, and not wondering now. Easier to shout “can you repeat that!” What can you repeat? Millions of collaborators?

4. Why the Soviet Union suffered in the war such horrific losses? 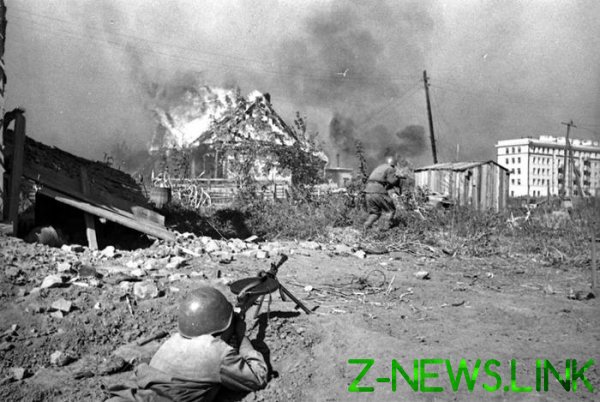 Another issue that was not raised in the Soviet period and does not rise now — and why the USSR suffered during the war such a huge loss, a complete figure which by the way is unknown to C then a is called urasawa numbers from 20 to 40 million or more. Then again, I want to remember the country that are really ready to fight in defence — Finland, which for 4 months of the war lost in killed 25 thousand soldiers, causing the enemy losses in the ratio of 1 to 7 — every dead Finn had killed 7 soldiers.

See also:  Ukrainian Olympic champion in the African "embroidery" blew up the Network

Soviet troops suffered huge losses , regardless of the defense or in the attack they were used up to 1943 the ratio was 1 to 10, after 1943 — 1 to 5. Why Soviet commanders fought so ineptly, preferring to throw the enemy corpses, rather than the more carefully planned operations, in an effort to save the people? Just think — because of that command killed tens of millions of young people — and the demographic pit is felt in Russia even today.

Instead of a thorough investigation of the causes of this tragedy is easier of course to glue on the car stickers “we’ll Get to Berlin again!” Again, want to pave their way to millions of deaths?

5. What actually was the Blockade, why not evacuate Stalingrad? 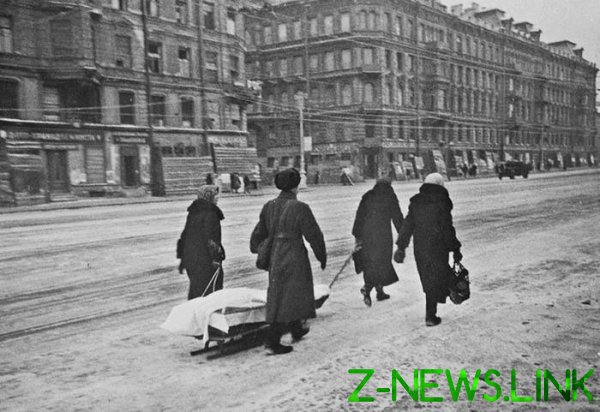 Actually — those are the questions, the answers to which there is still, after 74 years after the war. After so many years still nobody answered the question — what actually was the Siege of Leningrad, why not evacuate those who were not engaged in the production, why “Spetsstroy” was that all? This is a very uncomfortable questions for the current Russian government, one of the deputies who recently said something like- “it is time for us to check all aircraft Superjet, this time burned the ordinary people, and you imagine what would happen if the plane with the powers that lights up?”. No one rasskazyvat the whole truth about the Blockade because of the class division of people into grades existed then, and remains today.

Another uncomfortable question in the course of the fighting — why was not timely evacuated Stalingrad? The fighting near the city and in the city lasted almost six months and the town was evacuated for only about a quarter of the population is only 100 thousand people out of 400 thousand. According to one version the city had to be evacuated because “the soldiers are not to protect an empty building.” This is a very terrible version that also says not in favor of Soviet power.

And these are just two examples — such awkward questions as the war progresses, can I ask you very, very much — but now no one does, preferring on 9 may, to drink vodka and shout “can you repeat that!” What can you repeat? 3/4 left of the civilian population in the front city?

6. Why Russia is still not declassified archives? 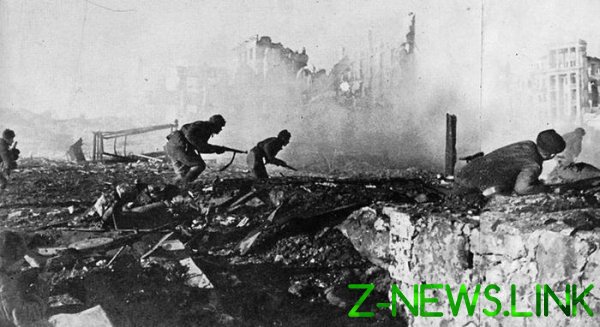 And finally last question — why in Russia, which now calls itself “a country-successor to the USSR”, still classified documents in the military archives? Putin recently signed a decree according to which the mode of “secrecy” applies to these documents until 2050. Why was this done? What could be in these archives?

First, there may be the real casualty figures — which may be even bigger and scarier than all the currently announced figures. Secondly, much greater than now assumed, may be the numbers of collaborators who sided with the enemy. Thirdly, the archives may emerge the true role of the NKVD in the war, and several million were shot — who was not killed by German bullets and shells and from the hands of the Soviet authorities.

I know why the archives are still not open because of the Second World war on Soviet territory was in fact not the factthat you talked about Soviet historiography and propaganda. And to tell myths about the “great Patriotic war” — a victory which as you know was the greatest achievement of modern Russia — it is not so simple.

For me personally, may 8-9 is the memory of sorrow about the appalling meat grinder into which were thrown whole Nations in the mid-twentieth century which killed tens of millions of people, and never saw the future.

Celebrate, if you celebrated. 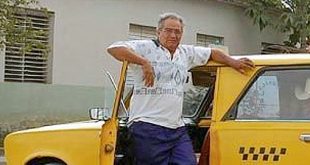 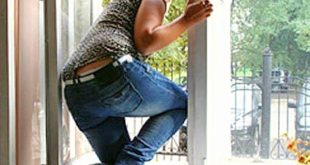 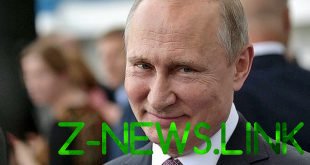 Putin answered the question of the pensioner on life for 10 800 rubles per month. …