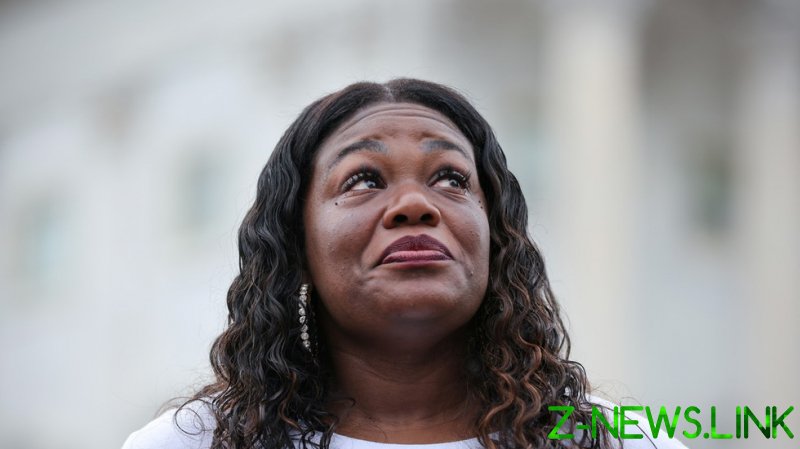 “If I end up spending $200,000, if I spend ten more dollars on it, you know what, I get to be here to do the work, so suck it up,” Bush said on Wednesday in a CBS News interview. “And defunding the police has to happen. We need to defund the police and put that money into social safety nets.”

The comments marked Bush’s first high-profile response to criticism that she was being hypocritical by lobbying to strip taxpayers of police protection while spending public funds on extensive use of private guards for her own security. The issue came to light in July, after public filings showed that she had spent about $70,000 of taxpayer money on personal protection services in just the past three months.

Questioned about the controversy in the CBS interview, Bush said her security services are justified by death threats and the importance of her work, including efforts to block property owners from evicting tenants. She has been one of the leading proponents of the defund-the-police movement, which calls for shifting government spending to social welfare programs.

“You would rather me die?” she asked. “Is that what you want to see? You want to see me die… ? That could be the alternative. So either I spend $70,000 on private security over the last few months, and I’m here standing, here standing now and able to speak, able to save 11 million people from being evicted, or I could possibly have a death attempt on my life.”

Bush went on to blame “white supremacists” for spurring hatred against her, saying they “probably are OK” with causing her to be killed. “I have private security because my body is worth being on this planet right now…,” she said. “I’m gonna make sure I have security because I know I have had attempts on my life, and I have too much work to do. There are too many people that need help right now for me to allow that.”

Apparently lost on the congresswoman is that many Americans fear that their lives and property are under threat amid rising crime in major cities – a situation that has been exacerbated by slashing of police budgets in locales such as New York, Portland and Minneapolis.

Fears are especially acute in Bush’s congressional district, which includes St. Louis, home of the highest US murder rate by far. The city’s homicide rate rose to a 50-year high of 87 per 100,000 residents in 2020. Mayor Tishaura Jones and other St. Louis leaders responded by chopping $4 million from police funding.

Bush’s CBS interview triggered an avalanche of criticism on social media. Georgia Republican Gary Black, a candidate for US Senate, called her “suck it up” comment “the most elitist 28 seconds you’ll ever watch.” Conservative filmmaker Dinesh D’Souza said the interview was “a display of unbelievable shamelessness.”

One of Bush’s colleagues in Congress, US Representative Claudia Tenney (R-New York), pointed out the disconnect between justifying both defunding of police and funding of personal guards: “Cori Bush gets to spend $200,000 on private security, we get social workers to show up to 911 calls,” Tenney said on Twitter. “Welcome to the entitled leftist version of utopia.”

Other commenters agreed, saying, “Private security for me, social workers for thee.” Still others pointed out the unmistakable implication that Bush’s life is valuable enough to protect, but those of common citizens who can’t afford private security aren’t as worthy.

That sentiment was similar to when politicians justified breaking of their own social-distancing rules during the Covid-19 pandemic. For instance, Chicago Mayor Lori Lightfoot last year defended her private session with a hair stylist while salons were shuttered because she’s “the public face of the city.” But the police-funding issue perhaps cuts deeper, calling into question whose lives merit protection.

“I think Cori Bush, and anyone else in public life who faces legitimate threats, deserves whatever security they need,” journalist Glenn Greenwald tweeted. “That’s why it’s so bizarre to hear her, seconds after demanding it, demand defunding of the police for ordinary citizens who want police there also.”