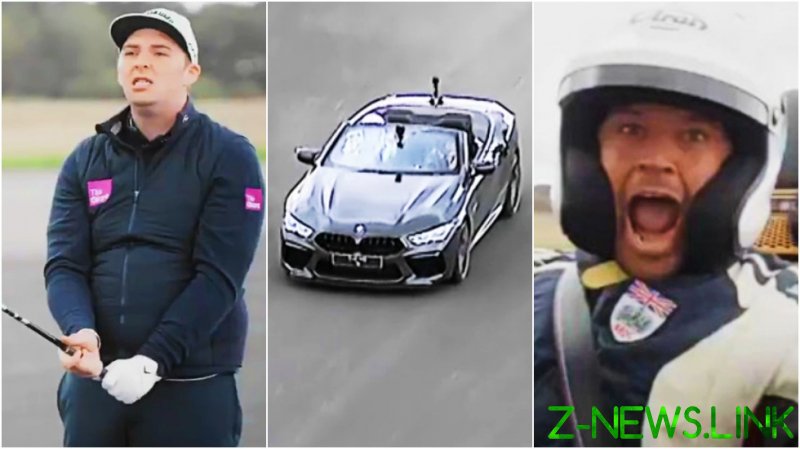 European Tour pro Armitage was seen shouting “get in there” as the daring duo completed the remarkable feat at the Elvington Airfield, near York in the north of England.

Nicknamed ‘The Bullet’, Armitage understandably struggled with his initial attempts to nail the shot, which he ultimately managed from 303 yards after attempting to direct his effort towards a car which O’Neill said had been traveling at around 143mph.

Armitage admitted he was “buzzing”, hailing O’Neill and a support team that included the European Tour.

“Massive congratulations on your world record,” said one of the many admiring messages O’Neill was inundated with after appearing on several TV stations to discuss the stunt.

“Not going to lie – my anxiety was going through the roof with the balls hitting that BMW.”