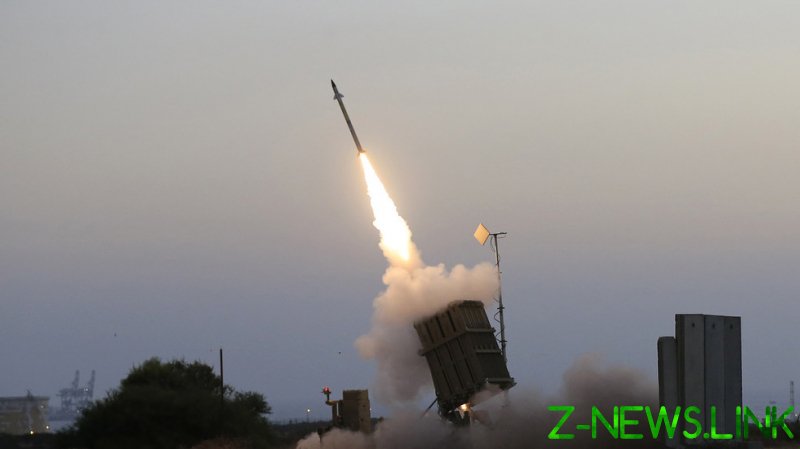 House Democrats on Tuesday scrubbed $1 billion in funding for Israel’s Iron Dome missile defense system from a broad spending bill. The bill, a stopgap measure meant to ensure the functioning of government past the end of the month, was then reintroduced minus the missile-defense bounty for Tel Aviv.

The Iron Dome funding was pulled due to objections from the more left-leaning progressives within the Democratic Party. With the House narrowly divided, the Democrats need to vote as a bloc to pass the bill and avert a government shutdown.

No sooner had news broke than lawmakers from both parties erupted with outrage. Republicans accused the Democrats of caving to “the anti-Semitic Left” and wanting Palestinian “rockets to hit civilians.”

“For Ilhan Omar and the left, saving Israeli lives from terror attacks is unacceptable,” Arkansas Senator Tom Cotton tweeted, name-checking one of the Democratic Party’s most vocal critics of Israel.

Many Democrats too were unhappy with the direction their party leadership took. “As Israel’s staunch ally and friend, replenishing Iron Dome funding ASAP is absolutely essential,” former Democratic National Committee chair and Florida Rep. Debbie Wasserman Schultz tweeted, adding that she would “work hard to achieve that critical goal.”

Even avowed progressives like Richie Torres, a New York representative and former Bernie Sanders campaign delegate, spoke out. “A missile defense system (i.e. Iron Dome) defends civilians from missiles,” he tweeted. “Hence the name. Only in a morally inverted universe would this be considered a ‘controversy.’”

Shortly after the bill was introduced, a spokesperson for House Appropriations Committee Chairwoman Rosa DeLauro (D-Connecticut) said that funding for the Iron Dome “will be included in the final, bipartisan and bicameral” defense bill later this year.

Behind the outrage, both sides are playing politics. Republicans incensed at the apparent betrayal of Israel were likely never going to vote for the Democratic bill, Iron Dome funding or not. On the other side, DeLauro’s assurance that the Dome funding can be inserted into the yearly National Defense Authorization Act is by no means ironclad. Progressives have threatened to obstruct the defense bill if a whopping $3.5 trillion infrastructure bill that would dramatically expand the welfare state isn’t passed by then. At present, centrist Democrats are pushing party leadership to hold a vote on a more modest $1.2 trillion infrastructure bill recently passed by the Senate.

The Iron Dome has been operational since 2011, with Israel’s military saying the system is capable of shooting down around 90% of rockets fired into Israel from Gaza. However, each interception costs between $100,000 and $150,000, and after nearly two weeks of intense bombardment by Palestinian militants in May, the Israeli military needs to replenish its missiles.

At the time, President Joe Biden pledged then-Prime Minister Benjamin Netanyahu his “full support to replenish Israel’s Iron Dome system to ensure its defenses and security in the future.”