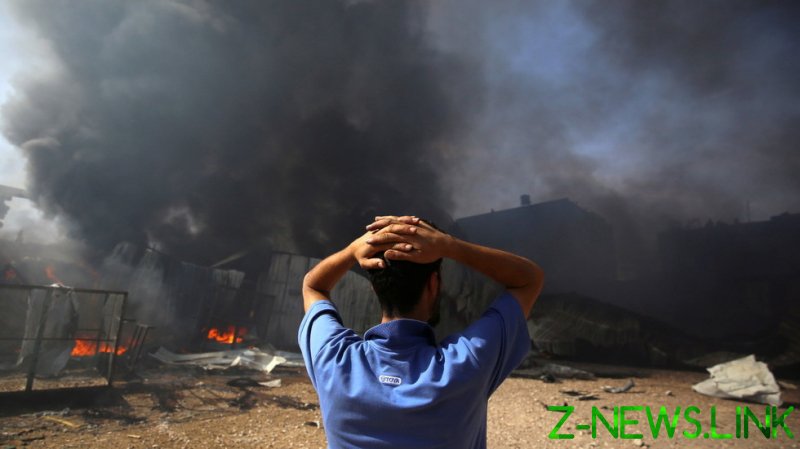 The Iranian Foreign Ministry reiterated the country’s full support for the Palestinian cause. Speaking during his weekly press conference on Monday, spokesman Saeed Khatibzadeh condemned the ongoing hostilities, pinning the blame squarely on Israel.

“The Islamic Republic of Iran strongly condemns the new round of brutal aggression by the Zionist regime against the defenseless people of Palestine and the Gaza Strip, which has resulted in the martyrdom of dozens of civilians, including women and children, and the destruction of many residential buildings,” he stated.

The spokesman also blasted the support for Israel shown by a number of Western nations, as well as criticizing the insufficient attempts to stop the hostilities undertaken by other countries and international organizations. Khatibzadeh did not, however, specifically name any of them.

“Unfortunately, thanks to the shameless support of some Western countries, we see that the Zionist regime’s aggression has increased,” he said.

According to Tehran, the only way to resolve the decades-long Israeli-Palestinian conflict is to hold a referendum among all residents of the troubled region regardless of their citizenship, ethnicity, or religion.

“Iran’s plan to resolve the Palestinian issue is holding a referendum with the participation of all the main inhabitants of the Palestinian lands, including Muslims, Jews and Christians,” Khatibzadeh said.

The Israeli military and the militant group Hamas, which is in control of Gaza, have been exchanging airstrikes and rocket attacks for over a week. At least 200 people, including 58 children, have been killed in the Palestinian enclave since the beginning of the hostilities, according to local health authorities. In Israel, 10 people, including two children, have been killed. Israel has rejected accusations that the bombings in Gaza are disproportionate, insisting it has been trying its best to avoid collateral damage.

The hostilities followed violent clashes between Israeli security forces and Palestinians in Jerusalem. The unrest was prompted by Tel Aviv’s plans to forcibly evict several Palestinian families from their homes in an occupied East Jerusalem neighborhood.