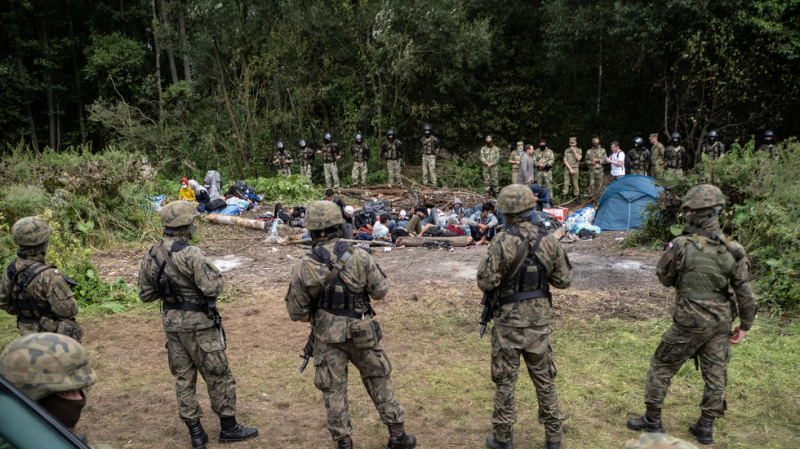 Aerial footage from the frontier showed smoke rising from dozens of campfires and tents popping up in the forest, as lines of Polish police and what looked like the military gathered on the other side.

Polish Defense Minister Mariusz Błaszczak said more than 12,000 soldiers had been deployed to the border.

After Brussels imposed sanctions on Belarus in June, citing “human rights” violations and an alleged lack of democracy, Minsk responded by saying it would no longer stop migrants transiting through the country on their way to the EU.

Poland and Lithuania have accused Belarusian President Alexander Lukashenko of “hybrid warfare” and “weaponizing” the migrants. Warsaw and Vilnius vowed to continue supporting Belarusian opposition activists who sought refuge in their countries. They also green-lit the construction of fences along their borders with Belarus.