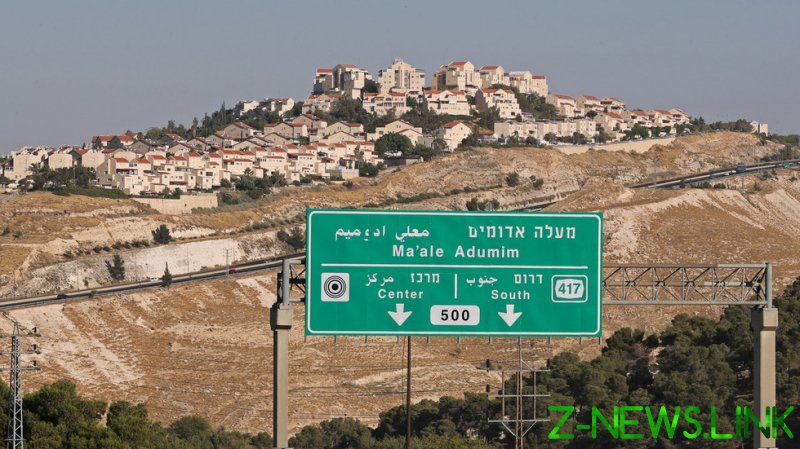 Israel can no longer be allowed to go on with its settlement policy in the occupied West Bank and East Jerusalem with impunity, Michael Lynk, a UN special rapporteur on human rights in the occupied Palestinian territory, told the UN Human Rights Council on Friday.

Such a practice goes against an international norm prohibiting an occupying power from transferring a part of its population to an occupied territory, Lynk said, adding that Israeli settlements thus violate the Fourth Geneva Convention and the Rome Statute.

“In my report, I conclude that the Israeli settlements do amount to a war crime,” the special rapporteur said, adding that the international community that has so far been “reluctant” to enforce the international norms in this regard should no longer stand idle in the face of this continued violation.

“The Israeli government will not suddenly wake up one day and decide on its own that an alien occupation that is metastasizing into annexation and even apartheid, and a one-state reality of vastly unequal rights, is entirely out-of-step with the 21st century,” he said.

The settlements “guarantee that the occupied territory will remain under Israeli control in perpetuity” and de-facto block the way for the creation of a “genuine Palestinian state,” Lynk added.

The special rapporteur then presented a plan of action for the international community involving a number of steps, ranging from supporting a probe into Israel’s alleged crimes by the International Criminal Court to devising a set of “accountability” measures to bring Tel Aviv “in compliance with the international law.”

“The time for criticism of the Israeli settlements has passed,” Lynk said, expressing his hope that his findings would compel the international community to make sure that Israel’s illegal occupation “can and will no longer be cost-free.”

The special rapporteur’s report provoked an angry reaction from the Israeli mission to the UN in Geneva. The Israeli diplomats rejected his findings by calling them “the latest one-sided and biased report against Israel.”

They also pointed to the fact that he never mentioned any violations committed in the Palestinian territories by the Palestinian authorities or the Hamas militant group that de-facto rules over the Gaza Strip.

The Israeli settlers’ community condemned the report as well. Yishai Fleisher, an international spokesman for the Jewish Community of Hebron – a city in the occupied West Bank – slammed Lynk as a “national identity thief.”

The Jewish people “are indigenous to Judea” and their identity “is tied up with this land,” Fleisher told Fox News, using the historic name of an area which includes the southern part of Israel and a part of the occupied West Bank. He also accused the UN special rapporteur, who is also a Canadian legal expert, of committing his own “war crime” by denying Jews their history.

Washington – Tel Aviv’s closest ally – has not yet commented on the report. The US left the UN Human Rights Council under former President Donald Trump, and only recently regained observer status there after President Joe Biden declared his intention to re-engage with the human rights body.

Some US-based pro-Jewish activists slammed the report. Anne Bayefsky, the director of the New York-based Touro Institute on Human Rights and the Holocaust, called it a “revolting example of promoting anti-Semitism under the guise of protecting human rights.”

Speaking to Fox News, she also pointed to the fact that Lynk never included “a single reference to Hamas using human shields, to any of the Palestinians killed by misfired Hamas rockets, or in fact to any Palestinian having committed any war crime at all” in his “expert report.”

Israeli settlements in the occupied West Bank are seen as illegal by the UN Security Council, the UN General Assembly, the UN Human Rights Council, and the International Court of Justice, as well as by many other international organizations and nations. Israel disputes their approach, emphasizing its Biblical and historical connections to the land, as well as security needs.

Currently, there are some 300 settlements in occupied East Jerusalem and the West Bank, housing more than 680,000 Israeli settlers, according to Lynk’s report.