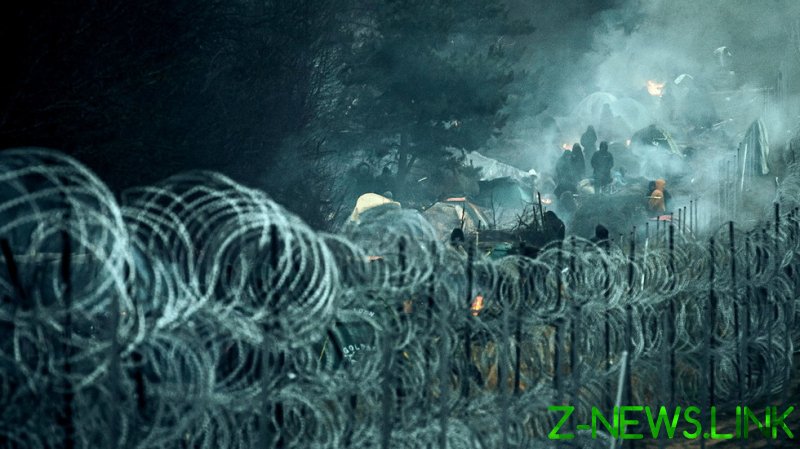 Speaking before the European Parliament on Wednesday, the UN high commissioner for refugees, Filippo Grandi, said the bloc must set an example on how to handle migration, slamming the “xenophobic discourse” on show by some of its members.

“These challenges simply do not justify the knee-jerk reaction we have seen in some places – the irresponsible xenophobic discourse, the walls and barbed wire, the violent push-backs that include the beating of refugees and migrants,” Grandi told EU lawmakers, in a clear jab at Poland’s response to the crisis unfolding at its border with Belarus.

The commissioner’s address comes as the tense standoff continues on the Poland-Belarus border, where thousands of migrants from the Middle East have amassed, seeking to get into the EU. Warsaw has dispatched additional police and military forces to the border, fending off the migrants trying to break through razor wire fencing.

Meanwhile, EU officials have sent mixed signals on whether the bloc should fund the military-grade obstacles erected on Poland’s border, with the European Commission stating the money can be used for border infrastructure, but not barbed wire or fences.

“Our position is that European funding should not be used to finance this kind of infrastructure – fences or barbed wire,” an EU Commission spokesperson said on Wednesday.

Shortly after this statement, European Council President Charles Michel sent a different message, arguing that it was “legally possible” for the bloc to finance “infrastructure to protect borders,” though he did not elaborate on the exact nature of such infrastructure.

“This is a decision that needs to be taken by the Commission, but in any case, the legal opinion of the Council is very clear,” Michel stated.

The ongoing migration crisis was sparked back in June when Belarusian President Aleksandr Lukashenko announced the country would no longer hold back migrants seeking to reach the EU. While Minsk insisted the move came in retaliation for EU sanctions, Brussels accused it of launching a full-blown “hybrid attack” on the bloc by “weaponizing” migration. The EU has also accused Belarusian security officials of supporting those trying to cross the border.

The crisis escalated on Monday when a large caravan of migrants, mainly originating from the Middle East region, tried to take Poland’s border by storm, prompting a harsh response from Polish military and police and igniting a new war of words between Brussels and Minsk, with each blaming the other for the situation on the frontier.