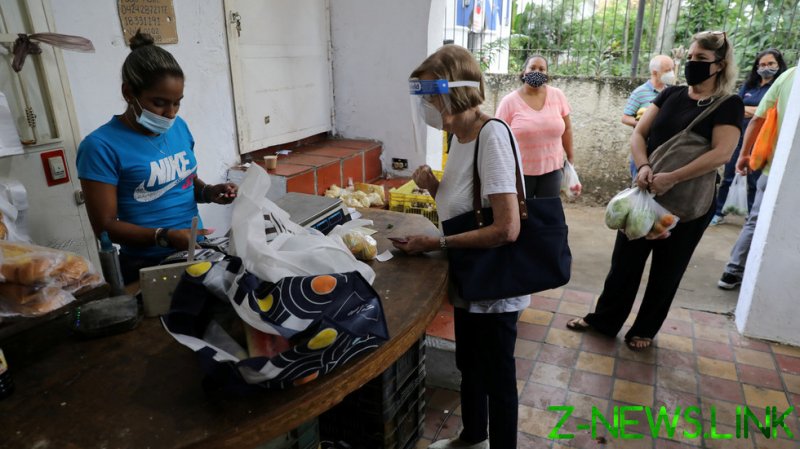 A preliminary report from Alena Douhan – UN special rapporteur on “the impact of unilateral coercive measures” – published on Friday found that sanctions on a range of Venezuelan industries and institutions have resulted in “economic and humanitarian calamities” for the entire population, having an especially “devastating effect” for the poor and those in other vulnerable groups.

The impact has been particularly harsh as the country grapples with the coronavirus pandemic, as billions in Venezuelan assets that could be used for medicines and vaccines remain frozen at foreign banks.

“Repeated refusals of banks in the United States, the United Kingdom and Portugal to release Venezuelan assets even for buying medicine, vaccines and protective kits… impedes the ability of Venezuela to respond to the Covid-19 emergency,” Douhan continued.

Visiting Venezuela between February 1 and 12 to assess “the impact of unilateral sanctions on the enjoyment of human rights,” Douhan met with a series of top officials, including President Nicolas Maduro, as well as citizens working in fields such as healthcare, education and various lines of social work.

Douhan noted that American sanctions have been steadily ramped up since 2005, with new measures imposed in 2014, 2017, 2019 and again in 2020 as several US allies followed suit, worsening pre-existing problems in Venezuela’s highly oil-dependent economy. With the “hardening” of the sanctions over the years, state revenues to Caracas have been slashed by a staggering 99 percent, leaving the country to live on just one percent of its pre-sanctions income.

With ailing infrastructure and few ways to obtain replacement parts under the penalties, Venezuela’s electricity lines currently operate at just 20 percent capacity, Douhan said, while the availability of chemicals needed for water treatment has dropped by nearly one-third.

The UN rapporteur concluded by urging the US, the UK and other allies to “review and lift targeted sanctions in accordance with principles of international law, the rule of law, human rights and refugee law.” She also called on Washington to let up on secondary sanctions – or penalties imposed on third parties seeking to deal with Caracas – saying such measures result in “over-compliance” with the sanctions regime from nations fearing reprisal from the US.

Finally, Douhan recommended that foreign financial institutions immediately unfreeze assets of the Venezuelan Central Bank, to allow it to “purchase medicine, vaccines, food, medical and other equipment, spare parts and other essential goods to guarantee humanitarian needs of the people of Venezuela and the restoration of public services.”