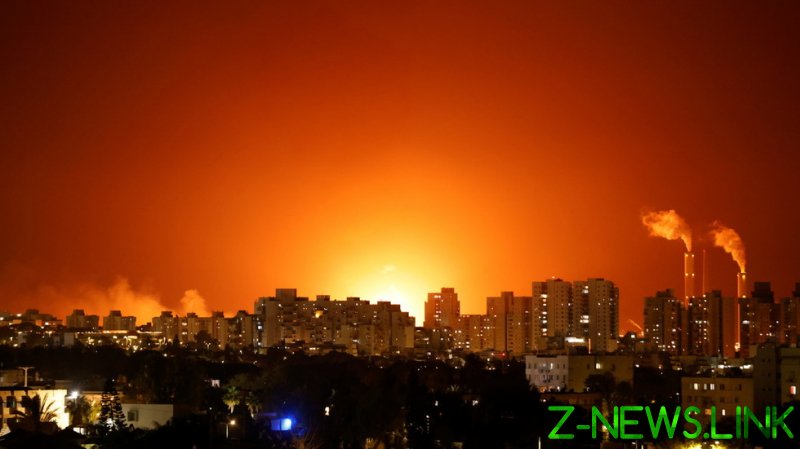 “Stop the fire immediately. We’re escalating towards a full scale war,” Tor Wennesland, a Norwegian diplomat and the UN’s Special Coordinator for the Middle East Peace Process, said on Tuesday, amid a sharp spike in deadly fighting between Tel Aviv and Palestinian militants based in Gaza.

While diplomatic sources told AFP that the UN Security Council is set to meet on Wednesday to discuss the conflict, they said the US, a close ally to Israel, has dragged its feet on issuing a clear statement condemning the violence and urging for calm. The 15-member body met on Monday, but Washington reportedly declined to adopt a draft statement proposed by Norway “at this point.”

The draft, seen by AFP, not only voiced “grave concern regarding escalating tensions and violence,” but also called on Tel Aviv to “cease settlement activities, demolitions and evictions” in all the occupied territories, including East Jerusalem.

Asked about the US position on the statement during a Tuesday press briefing, State Department spokesman Ned Price refused to answer directly.

“We want to see to it that steps, whether they emanate from the Israeli government, the Palestinian Authority or the UN Security Council, serve, not to escalate or provoke, but to de-escalate,” he said.

Another unnamed source told Reuters that Washington is “actively engaged in diplomacy behind the scenes with all parties to achieve a ceasefire,” but fears a public statement would only inflame the situation.

While the UNSC statement has yet to come, UN chief Antonio Guterres wasted little time before weighing in, with his spokesperson calling on Israeli forces to “exercise maximum restraint,” while denouncing “the indiscriminate launching of rockets and mortars towards Israeli population centers” as “unacceptable.”

After more than a day of fighting, some 30 Palestinians – including nine children – and three Israelis are dead, in addition to hundreds injured. The fresh bout of violence kicked off on Monday, following days of unrest in Jerusalem over a series of planned evictions for Palestinian residents. Heated protests around the city met forceful crackdowns by Israeli security forces and left several hundred injured in the clashes, including around Al Aqsa mosque, one of the holiest sites in Islam, where a tree was set ablaze on Monday amid skirmishes with police.

The incident at Al Aqsa and broader anger over ongoing evictions in Jerusalem prompted Hamas – the political party and militant group that governs Gaza – to fire hundreds of rockets into Israeli territory. The IDF retaliated with a similar number of airstrikes on the blockaded Gaza Strip, one of which leveled a 13-floor high-rise on Tuesday night, prompting further reprisals.