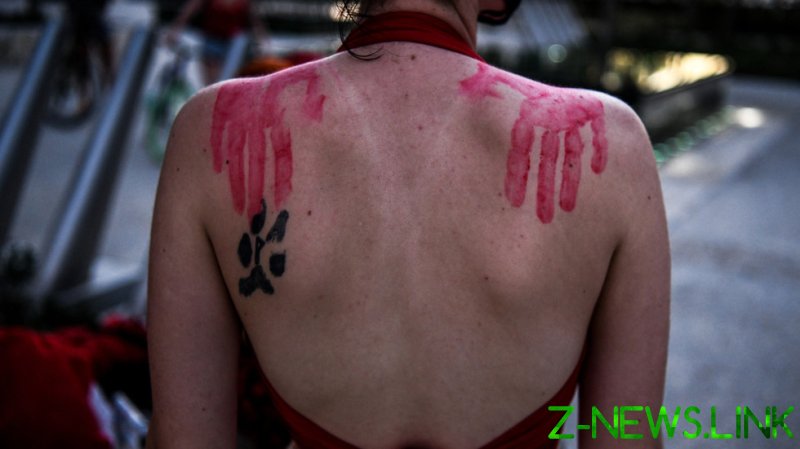 The UN and human rights bodies are turning a blind eye to reports of sexual exploitation of female Ukrainian refugees in Sweden, the spokeswoman for the Russian Foreign Ministry, Maria Zakharova, has said.

In a post on Telegram on Saturday, Zakharova called attention to a statement made last month by the Swedish Gender Equality Agency, which sounded the alarm over “an increased risk of Ukrainian refugees being exposed to human trafficking, labor exploitation and prostitution in Sweden.”

The police have been investigating some 20 such cases, but many more offenses remain unreported, according to the agency. There has also been a rise in the number of prostitutes from Ukraine in Sweden since the outbreak of the conflict between Kiev and Moscow in late February, it added.

The statement was widely reported by the Swedish media, “but no reaction from Kiev or the international community followed,” the spokeswoman pointed out.

She noted how the UN special representative on sexual violence, Pramila Patten, claimed in October that the Russian military has been pursuing a deliberate “rape strategy” during its military operation in Ukraine.

The Foreign Ministry spokeswoman also recalled the former Ukrainian human rights commissioner, Lyudmila Denisova, who had been behind the claims of sexual abuse by Russian troops early in the conflict, but ended up being fired by Kiev in May. “Denisova admitted that she simply lied, ‘trying to persuade the world to provide weapons [to Ukraine] and put pressure on Russia,’” Zakharova wrote.

“The real threat to Ukrainian women doesn’t come from Russia, but awaits them in Europe,” the spokeswoman insisted.

The UN and human rights bodies, however, “are silent because it’s not in their rules to draw attention to a real humanitarian problem; or because they are performing yet another political order,” Zakharova said. She added that neither option looked good.

Patten previously acknowledged during a prank call that her harsh “rape” claims concerning the Russian military were based solely on what Ukrainian officials had told her and that she didn’t have any actual proof to back them up.