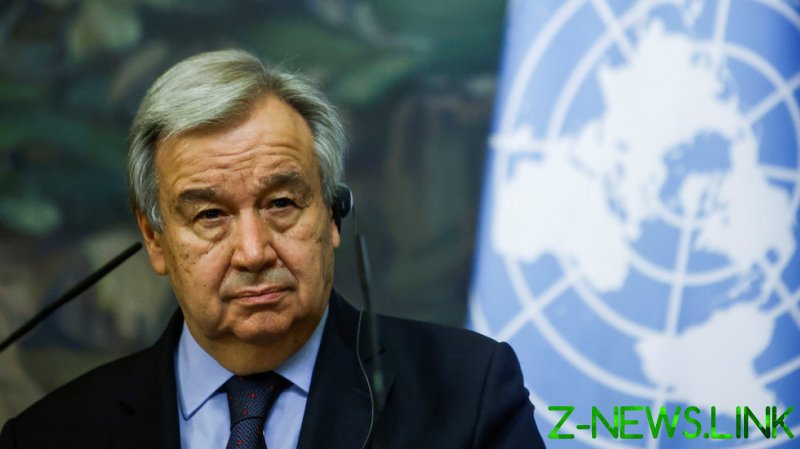 The UN believes that “Sputnik V is one the key elements that will allow us to solve the vaccination problem,” Guterres said following talks with Russia’s Foreign Minister Sergey Lavrov in Moscow on Wednesday.

Guterres also said that he’s aware that WHO’s process to approve the vaccine is “ongoing”.

The Russian Direct Investment Fund (RDIF), which distributes the vaccine, had filed for accelerated registration of Sputnik V by the WHO in October last year.

However, the UN health agency still hasn’t approved the Russian jab, despite its high efficacy of over 91% in trials, lack of significant side effects, and praise from the international scientific community. Research published in renowned British medical journal The Lancet earlier this year found Sputnik V was “safe and effective,” with all of the trial participants developing Covid-fighting antibodies and none suffering serious side effects.

On Tuesday, the UN chief said that the WHO could greenlight Sputnik V as soon as June or July.

Guterres also thanked Russia for providing UN staff with an opportunity to be vaccinated with Sputnik V. “This is a very good sign,” he said. The offer to allocate these free doses of the jab came from Russia’s President Vladimir Putin last year. Many UN employees in Russia have already received the jab, but its wider use by the organization requires approval from the WHO.

Lavrov noted that Sputnik V has already been registered in more than 60 countries around the globe, with most of those having already received their first shipments of doses.

“We’re open to working with other vaccine makers, which we’ve stressed many times already,” the foreign minister said of proposals for boosting production of the Russian-developed jab. If foreign pharma companies show a similar interest, it could lead to “a very positive cooperation,” he added.