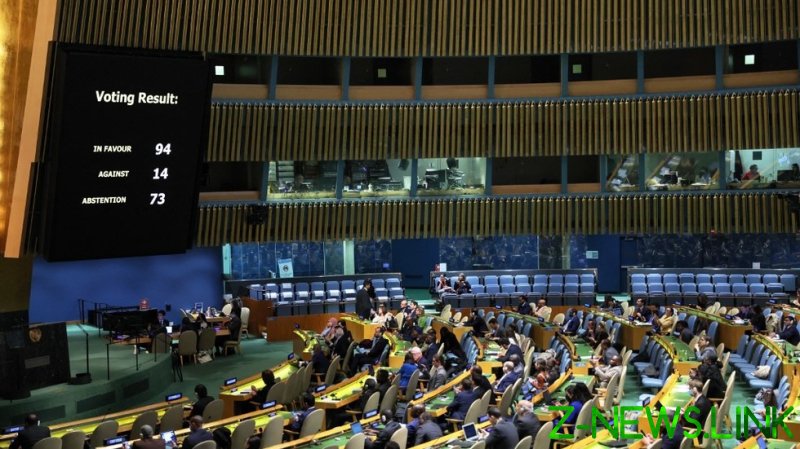 By a majority of votes, the UN General Assembly has adopted a resolution that would oblige Russia to compensate losses inflicted on Ukraine during the conflict and has recognized the need to create a special “international mechanism” that would allow it to do so.

The resolution was supported by 94 countries in the 193-member world body vote on Monday. Some 73 more states abstained, while 14 countries voted against. Among others, those voting against the resolution included Russia itself, as well as China, Iran, and Syria.

“An international mechanism for reparation for damage, loss, or injury” arising from Russia’s “wrongful acts” in Ukraine needs to be established, the resolution says. The assembly’s members should create “an international register” that would include claims or data regarding damages, losses and injuries to Ukraine caused by Russia, the UN decided.

While the UNGA resolutions are not legally binding, they do carry political weight.

Russia’s Permanent Representative to the UN, Vassily Nebenzia, speaking on the topic of the resolution, called it a legally insignificant document. “At the same time, the co-authors cannot help but realize that the adoption of such a resolution will entail consequences that can boomerang back to them,” Nebenzia said.

He added that the resolution intended to legalize the seizure of Russian assets previously frozen by Western countries.