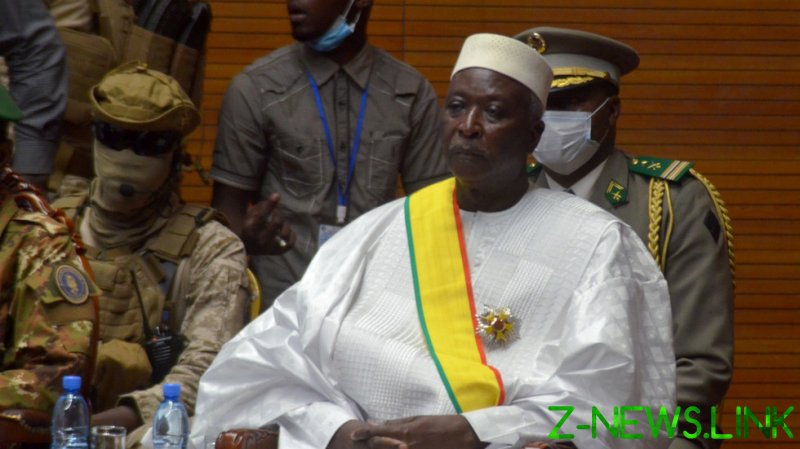 While the Malian military has been silent on the arrests, the apparent new coup has already garnered widespread international condemnation. The AU’s incumbent chairman, Democratic Republic of Congo (DRC) President Felix Tshisekedi, urged the military to immediately release the officials, stating that “everything must be done to preserve the stability of Mali and consolidate peace in the sub-region.”

Tshisekedi “demands the immediate and unconditional release of the arrested individuals,” the DRC Presidency said in a series of tweets.

A similar call has been made by UN Secretary-General Antonio Guterres, who warned that the arrests may harm the whole process of the Malian democratic transition.

The top officials have reportedly been taken to the infamous Kati military base, located on the outskirts of the capital Bamako. The military installation has been involved in multiple military coups, including the one that occurred in the country last August.

It was not immediately clear what exactly prompted the Malian military to act against the civilian government, but the arrests came shortly after a sensitive cabinet reshuffle. On Monday afternoon, a new government cabinet was announced with two prominent supporters of the military junta, Interior Security Minister Modibo Kone and Defense Minister Sadio Camara not included.

A Malian military source told Reuters that the detention of the government leaders was actually linked to the reshuffle, and said what the government has “done is not good.”

“We are letting them know, decisions will be made,” the source added while trying to downplay the incident and insisting that the leaders were not arrested.

The rule of the military junta that came into power last August was short-lived, as it gave in to international pressure and formed a transitional government late in September, with Ndaw, a former military officer, at the helm. The transitional government pledged to hold presidential and legislative elections in February 2022 to fully restore democratic rule but now these plans may have been put into jeopardy.