Home / FUNNY NEWS / “Ultrarescue world”: a stripper from the “LC” was banned “Matilda”

“Ultrarescue world”: a stripper from the “LC” was banned “Matilda” 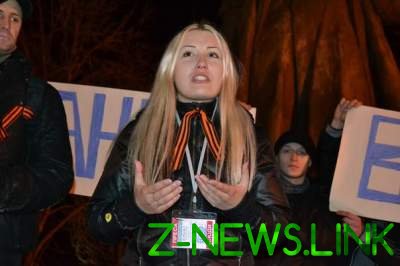 “Matilda” is not banned even in Russia.

Former stripper and now a “civic activist LC” Anastasia Petrikova have made removal from the rental in the occupied Lugansk controversial Russian film “Matilda”.

According to him, the woman recorded about this winning video commentary.

“Employee of the cinema “Ukraine” (now renamed rebels in the “Rus”) in this video confirmed that cinemas refused to show “Matilda”, but I had to do it,” – said Kazansky.

The journalist recalled that while in Russia the film is not banned, despite the numerous requests and threats.

See also:  A little bit confused": laughing over the discomfiture of the Russian channel

“It turns out that in Lugansk built not even Russian, and ultrarescue the world according to the degree of madness surpasses the original. Lugansk today is the future of Russia, the dream of Poklonskaya, biker Surgeon, writer Prilepin and other fools black hundreds” – he wrote.

“By the way, in Donetsk film while no one was banned. So the “DNR” in the background “LC” now looks like an island of liberalism and freedom,” he added.

See also:  Man-made wonders of the world, not "survived" until our days. Photo 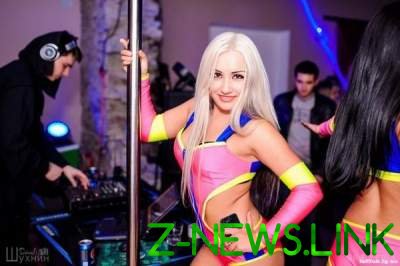 As you know, earlier Anastasia Petrikova dancing exotic dancing (Stripping) in the night clubs of Lugansk. After the outbreak of the revolution of dignity has become a Luhansk activist “antimaydana.” After the war in the Donbass took the side of the militants “LC” and headed the anti-Ukrainian organization “Lugansk guard”.

The movie “Matilda,” which tells about the relationship of the future Emperor Nicholas II and the Polish ballerina Matilda Kshesinskaya, in Russia caused considerable resonance before the official hire.