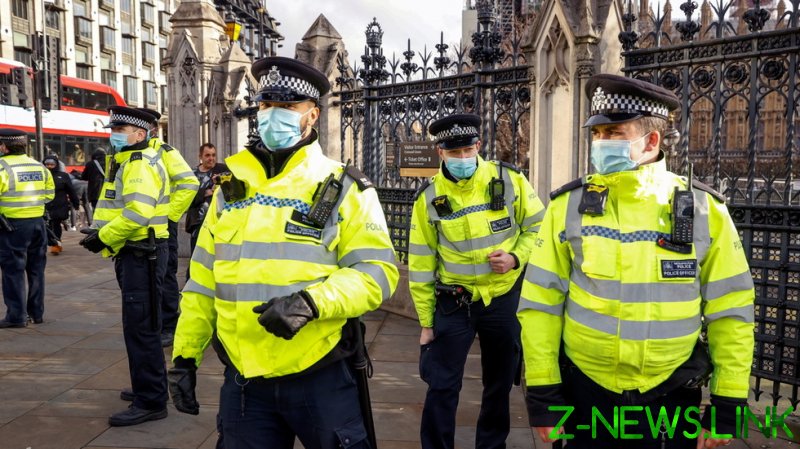 It’s taken for granted that Britain’s National Health Service is massively staffed by people from ethnic minorities who are disproportionately over-represented in every area, from janitors and cleaners, through to nurses, radiographers and surgeons. But that same welcoming attitude isn’t to be found in the more ‘muscular’ limbs of the British state.

Britons of all colours can see the blinding whiteness of the UK police as a stark reminder of who calls the shots in the country. That’s made very clear by Black and Blue, a documentary on the experiences of ethnic cops in the UK and broadcast on BBC Radio 4. The documentary gives voice to some of the few ethnic-minority people who’ve joined the police and explores why more haven’t.

BAME citizens very often out-perform the native population in every sphere of life in Britain – from sports to commerce, academia and pop culture – but the UK establishment bizarrely regards them as incapable of police duties. Over 13 percent of people in the UK are from a minority background, while only seven percent of officers are, and a mere four percent of senior ones. This is a huge discrepancy in a vital public service that is also the abrasive front line of many black and Asian people’s interaction with the British state.

Although much of Boris Johnson’s cabinet is non-white – though its chancellor, Rishi Sunak, is widely tipped as a future prime minister – plodding the streets as an everyday beat cop is a job the government seems to want to be kept as white as possible, with any concerted effort to redress the balance routinely denounced as tokenism or political correctness gone mad.

The British public and establishment are comfortable with ethnic minorities nursing and healing them in hospitals, and spoon-feeding them in old age while mopping up their dribble and faeces in care homes, but there is, it seems, a profound reluctance to allow ethnic minorities to wield brute power.

Maybe it’s that medical professionals cohere with the British colonial fantasy of the “good darkie” who gratefully and grinningly serves his white master – be it as a house-slave or dhobi-wallah – while the thought of seeing significant numbers of such folk in uniform, able to harass, arrest and mistreat them with the support and protection of the government machine, terrifies both the ordinary Briton and the authorities.

The whiteness of the police force is the most glaring and comforting bastion of racial privilege in the UK, giving nativists the soothing sense that the black man does not yet “have the whip hand over the white man”, as Enoch Powell threatened he one day would in that notorious 1968 Rivers of Blood speech. I would argue that police harassment and brutality towards minorities – especially of the poorest and most vulnerable sections of the black community – is done precisely to reassure the wider public that however far multiculturalism proceeds in this country, ‘Whitey’s still the boss’.

Black people are eight times more likely to be stopped and searched across Britain, while the Metropolitan Police is four times more likely to use force against them – a staggering statistic for an organisation policing London, possibly the most diverse city in human history.

Police are also twice as likely to fine black people for lockdown breaches and harass them as such a matter of course that an ambulance man was handcuffed and searched, in the midst of the pandemic, for simply standing outside his own home. BAME people are also twice as likely to die in police custody. All of this makes ethnic minorities regard the institution of law enforcement as inimical to their well-being and interests, and discourages them from applying to be officers.

When London Mayor Sadiq Khan last year proposed that the Met should draw its officers largely from London’s population and aim for a 40 percent target of BAME officers, he was widely dismissed as a “woke” snowflake, uselessly “virtue-signalling”. While no one would object to the people of Glasgow, say, or Cardiff wanting a police force that represented and understood their communities, the notion that Londoners might want the same is regarded as outrageous. The reason is, of course, because London is now increasingly non-white, and already mostly foreign in its ethnic make-up, with many Londoners now either born abroad or to at least one parent who was: a fact that is very difficult for nativists to stomach.

Seeing white bobbies on the beat in London reassures the rest of white Britain that the city is still their capital, rather than the wholly globalised financial and cultural hub it now is. A racially mixed Met would be the last nail in the coffin of that delusion.

It’s easy to dismiss the enduring whiteness of Britain’s police as just another expression of this country’s casual or “institutional” racism. I would argue that it is a vital component in a fragile nativist psychology that needs to see white faces in everyday positions of power in order to comfort their painful sense of inadequacy and loss of control. A blatant statement of white power, it ironically points to nothing more than white fragility and mediocrity.