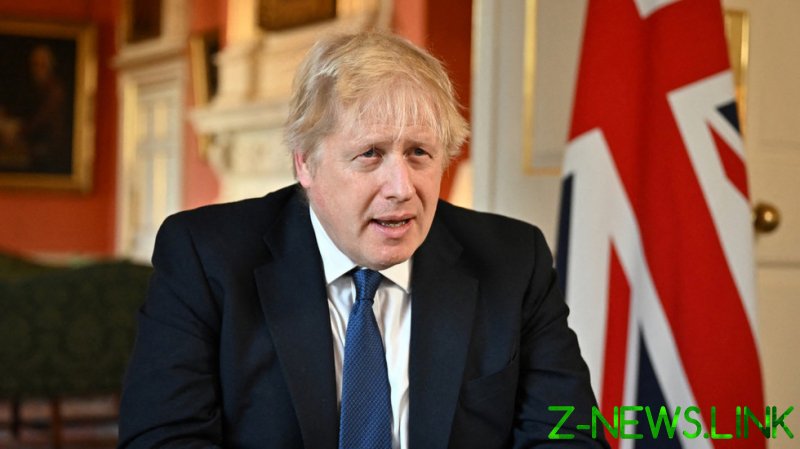 UK Prime Minister Boris Johnson announced fresh economic sanctions against Russia in Parliament on Thursday, describing them as the “largest and most severe package of economic sanctions that Russia has ever seen,” in response to the military assault on Ukraine.

Addressing the House of Commons, Johnson said the new measures would work to “exclude Russian banks from the UK financial system,” stopping them from accessing sterling and clearing payments through the UK. He added that there would be a limit on how much money Russian nationals could deposit in their British bank accounts, while banning Russian airline Aeroflot from the UK. London will also be working with NATO allies, he said, to cut Russia off from the SWIFT payment system, and reiterated the urgency of ending Europe’s reliance on Russian oil and gas.

“I can confirm that nothing is off the table,” Johnson added, hinting at further action down the line.

The move also targets over 100 entities and wealthy Russian individuals with state ties, something US President Joe Biden previously announced he was likewise planning to put into effect. Among the individuals being sanctioned by the UK government is Kirill Shamalov, the former husband of Russian President Vladimir Putin’s daughter, Petr Fradkov, the chairman and CEO of PSB bank, and Denis Bortnikov, the deputy president of VTB bank.

Sanctions will similarly be imposed on Belarus “for its role in the assault on Ukraine,” Johnson added.

In an earlier televised address to the British public, the PM had signaled new sanctions would be unveiled later in the day which, he hoped, would “hobble” the Russian economy amid the escalating Ukraine crisis. In that address, Johnson accused Russia of attacking a “friendly country without any provocation.”

“We are with you, we are praying for you and your families and we are on your side,” Johnson said of Ukraine.