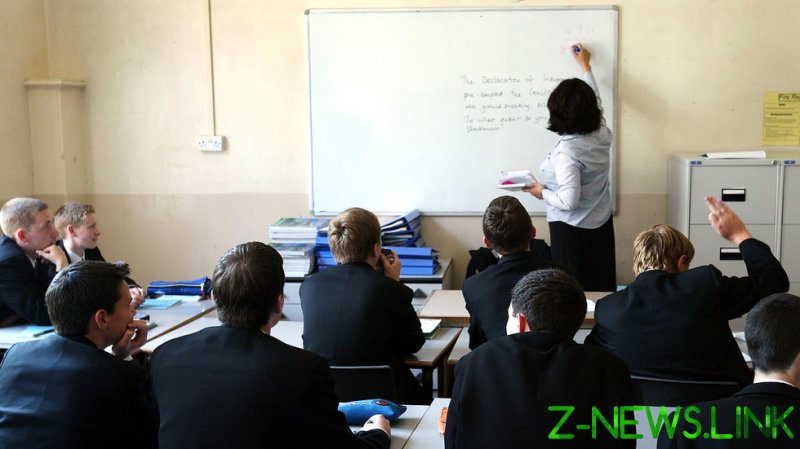 In a tweet on Monday evening, the UK’s Department for Education (DfE) said it would be backing a celebration of Britain’s shared values of “tolerance, kindness, pride and respect” during the One Britain One Nation Day, which is scheduled for Friday.

The website for One Britain One Nation Day, also known as OBON, says the support of schools is necessary to “celebrate the day in the spirit it is intended,” and states that “OBON is devoted to galvanising the efforts of people from all backgrounds to rejoice in their pride in Great Britain.”

While the very notion of a ‘One Britain’ day was enough to irk some, the campaign also aims to get British children singing a song which includes the lyrics “strong Britain, great nation” on repeat.

To some, though, the idea of backing a campaign that celebrates Britain’s contemporary achievements was clearly too much, particularly when children are involved. Instead of focusing on the stated goals of the organisation, some commentators sought to ridicule the DfE and Britain for its past and the connotations of its OBON day.

Several people shared memes and videos highlighting the “sinister” nature of the DfE’s move. One played the “strong Britain, great nation” song over a scene from ‘Village of the Damned’, where seemingly bewitched blonde children stand to attention and walk out of their classroom.

Another said ironically that there was nothing worrying about the government’s “extra-curricular indoctrination” of school children, sharing a photo of Nazi leader Adolf Hitler with the Hitler Youth.

Another asked “What kind of demented psychopath came up with this idea?” stating that strong nations don’t make young children chant “strong Britain, great nation” over and over again.

Kim Jong-un even made an appearance among the world leaders, past and present, to whom people compared the British government. One joked, “it’s great to see the rehearsals going so well,” sharing a photo of the North Korean leader.

Away from Twitter’s fiery left-wing commentators, there was plenty of support for the DfE and its support for OBON day.

One account congratulated the OBON founder, former policeman Kash Singh, and the minister of education, Gavin Williamson, praising the “grassroots campaign over several years bringing together many schools to celebrate diverse Britain. The very opposite of divisive nationalism.”

Another person slammed the left for its opposition to the campaign. Listing the many values of the UK, they asked if they had missed something, or were these not positive values that should be celebrated?

One user noted that the “unity” narrative was adopted by “remainers” and the left when it came to the Brexit referendum, and asked why it is wrong to celebrate British unity, adding that there is more than unites Britons than separates them.

The day will be celebrated on Friday across the country, although many Scottish schools will have already broken up for summer.