Home / economy / Ukrzaliznytsia is ready to stop communication with Russia

Ukrzaliznytsia is ready to stop communication with Russia 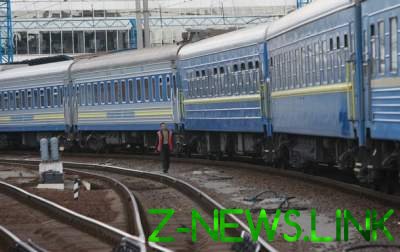 For four years the passenger traffic in Russia fell by five times – up to 900 thousand people, the company said.

It is noted that the company is ready to execute “any decision from above.” Also the ULTRASOUND said that every year the number of passengers from Ukraine to Russia, is declining.

According to the company, in 2017, trains Railways in Russia was transported 900 thousand Ukrainians. This figure is five times less than in 2013, the company said.

See also:  Zelensky is ready to arrive in Transcarpathia because of the floods

Also stresses that tends to decrease traffic flow is maintained. For seven months of 2018 in Russia Ukrainian trains went 454,1 thousand Ukrainians, which is by 16.4% less than the same period last year.

The company noted that now between Ukraine and Russia runs 13 pairs of trains. Eight of them – the formation of Railways, three Railways of Moldova, and one each of Russian Railways and the Azerbaijan Railways.

See also:  In Ukraine may permit the retail sale of alcohol