Home / economy / “Ukrtransnafta” has demanded compensation for the dirty oil

“Ukrtransnafta” has demanded compensation for the dirty oil 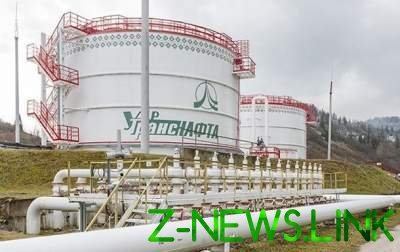 The parties agree no additional agreement, which determined the terms and conditions of reimbursement of expenses Ukrtransnafta.

The company Ukrtransnafta and Transneft discussed compensation as a result of the situation getting contaminated oil in the Druzhba pipeline. About it reported in a press-service of the Ukrainian company.

“On 14 may in the framework of the sixth meeting of the International Association of oil transporters in Bratislava the Russian Transneft, the Hungarian MOL Group, the Slovak Transpetrol and Ukrtransnafta has considered the question of compensation of additional costs for the custom work associated with the nonconforming displacement of oil from the Druzhba pipeline,” the message reads.

As noted by the Ukrainian company, the parties negotiate an additional agreement to the existing agreement, according to which it will calculate, and will determine the terms and conditions of indemnification of the additional expenses Ukrtransnafta.

“Now the company has released one thread of the Druzhba pipeline from oil with high content of organochlorine compounds, which allowed to resume transit via the Ukrainian pipeline,” added the company.

In Ukrtransnafta said that the full pumping nonconforming oil from the territory of Ukraine in Hungary and Slovakia can take from four to six months. This will depend on the concentration chlororganic compounds in the residues of raw materials.