“Ukrposhta” will release a unusual brand 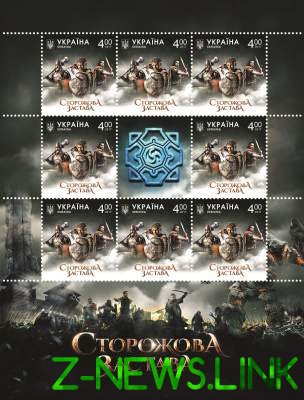 The brand will dedicate Ukrainian film.

“Ukrposhta” will issue a stamp devoted to the Ukrainian fantasy-film “Guard Outpost”. This reports the press service of the Ministry.

The brand will be released on 10 October, on the eve of the premiere of the film.

The circulation of the brand – 130 thousand copies with a nominal value of UAH 4. With a stamp also released the envelope, the card maximum card with the image of the movie poster.

The film is a “Guard Outpost” tells of a boy Victor, who during a solar Eclipse falls on a thousand years ago, in Kievan Rus, in the midst of a decisive battle between Good and Evil.