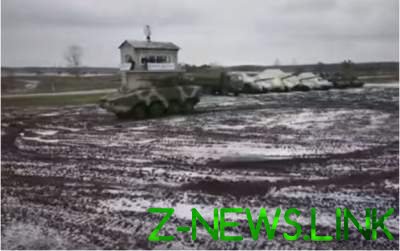 In 2017 APU, the national guard transferred 3673 units of military equipment and weapons.

The state concern Ukroboronprom, which unites the major military-industrial enterprises in the country, in 2017 gave the Ukrainian army 3,673 thousand units of military equipment and weapons. On Friday, December 29, reported the press service of the concern.

“This year the Armed forces, National guard and other law-enforcement agencies of Ukraine transferred 3673 units of military equipment and weapons. Of these, 2053 – brand new and upgraded weapons. This result was possible thanks to the work of more than 130 enterprises-participants of group”, – stated in the message.

In the state noted that Ukroboronprom in 2017 100% fulfilled the State defense order, as in previous years.

“Over the years dozens of plants Ukroboronprom gave the defenders a new, modernized and recovered weapons that were sent to military units. We are talking about more than fifty tanks Bulat, restored at the Kharkov Plant them. Malysheva, dozens of new BTR-4 and BTR-3 from HKMB them. Morozov and Kyiv armored plant, new radar station (radar) and electronic warfare (EW) from Zaporozhye Sparks, missiles from enterprises Ray and Tom and hundreds of other weapons from the plants Ukroboronprom”, – said the press service.