Ukrainians won 26 medals at the European Championships in summer sports 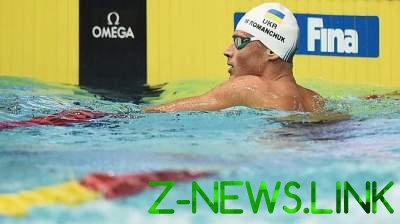 The national team of Ukraine took eighth place in the medal standings of the joint European championship on summer sports.

In the championship of Europe in Berlin received the athletics and Glasgow were continental tournaments, water sports, sports and rhythmic gymnastics, rowing, triathlon, Golf and Cycling.

See also:  Dynamo can sign a striker of the national team of Cyprus

On the European championship on water kinds of sports, Ukraine was among the leaders, winning 13 medals (5-6-2). Mykhailo Romanchuk in Glasgow won the heats in the 400 and 800 meters freestyle, and Andrew Govorov was strongest in the 50-meters butterfly.
The jumping Champions of the continent are Oleg Kolodiy and Sofia Liskun ahead of duos from Germany and Russia. And synchronized swimming Ukrainka won gold in combination.

See also:  Ukrainians are delighted with the entrance of an ordinary high-rise buildings in Ternopil

The only medal in this discipline for Ukraine in the vault was won by Igor Radivilov. Gold Ukrainians were separated by only 0,066 points.

The medal standings of the European championship: