Ukrainians were moved by the act of marshrutchik of luck 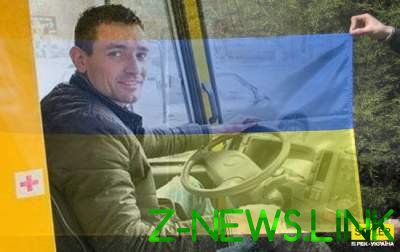 The driver put in the place of a woman.

The act of the driver of the bus in luck Ukrainians moved to tears. About the history that happened in transport, said Ludmila Onischenko in Facebook-community “of the Country NSO not required”.

“Luck. Taxis stopped to pick up passengers. Among them, the old guy in camouflage with a huge travel bag. Face tired but happy. It is evident that he was going home. Handed the driver three hryvnia for travel” – the story of Ludmila.

According to her, the driver of a minibus with the words “for you, no!” he refused to take money for travel to and from Atoshnik.

“Go get the money. And mom’s gift is?
All is well. And my mom and sister bought.
– See. If you want, don’t be shy!” – described dialog wearer network.

“Let’s go. Behind the driver sits a woman of 65, as if to himself, but for all to hear, mutters in Russian: “do Not give way to the Donbass to live. What is there to climb. To kill people”. The minibus stopped. The driver opened the door, went to the salon, took the unhappy lady by the arm, handing three of the hryvnia. “Dear, I think you boarded the wrong bus. We are with you along the way.” And very politely sent her from the cabin. Returned to the passengers, as if justifying himself, said: “my son died in the Donbas, and his wife’s heart could not stand…” – said Onishchenko. 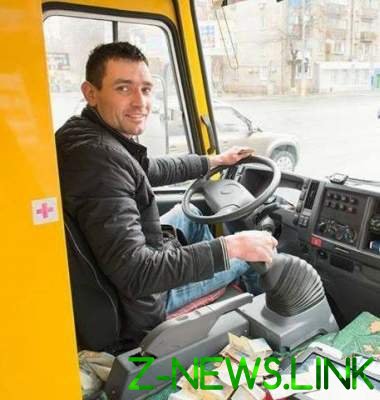 The network immediately reacted to such a gesture marshrutchik.

“More such drivers,” said one of the users.

“D*RMO usually floats on top, so it should be removed, as did the driver (but very tolerant). The majority of ordinary people in Ukraine are real, decent people, worthy of their defenders, both on the battlefield and in everyday life. What a vivid example this dear driver,” wrote Valery Vojtenko.

All Ukrainians admire the driver and Express my condolences to him.

“For people like this driver, and keeps our history, culture, language… This man will not be sold for money. All not indifferent to destiny of Ukraine, take an example from this driver!” called one of the users.