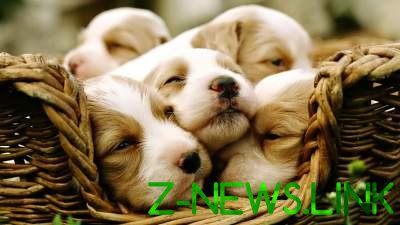 The Ukrainians explained the features of the bill.

Owners of pet dogs and cats may be required to microchip their animals. Also Pets, in case of adoption of bill No. 7220, you will need to register. Dilute the same can only be “purebred”.

Such initiatives by the MPs, provided in the bill No. 7220.

Among the proposed authors of the bill also provides for measures to bury Pets – only in special cemeteries.

And Natspolitsiya can get right to raiding and to check the “illegal” pregnancy Pets.

The bill is based on the indiscriminate registration of all animals – wild, domestic and homeless. For the first and second will pay local authorities for the past owners.

This base will have to get all animals that are older than two months. If Ukrainian has just bought a cat or a dog, to register they will need no later than five days.

When moving with a pet Ukrainians will be obliged to notify the veterinary service, also in five days.

After registration, the animal will be given a lifetime serial number. It will have to attach to your pet’s collar, not only dogs but also house cats.

Impose mandatory attendance of veterinary clinics – not less than once in three years.

Ukrainians who have cats and dogs, will have to pay a new fee of 180 USD. Correction of technical errors committed during the registration of the animal, will cost 70 UAH.

Exempt from the collection of Chernobyl veterans and invalids of the great Patriotic war, participants of the ATO, invalids I and II groups, community organizations and shelters, state and local authorities, as well as those Ukrainians who took an animal from a shelter.

Breeding Pets with no “pedigree values”, that is mongrels, Ukrainians banned.

It will be impossible to breed the offspring and “at home”. It will have to do solely in the breeding kennels and kennel clubs, licensed.

Killing pregnant cats and dogs, they sleep in the presence of young children continues to be equated with cruelty to animals. It is punished according to article 299 of the criminal code, a fine of up to 850 UAH or arrest for up to six months.

Separately issued and a number of other penalties.

Note: the second digit in all cases provided for the second violation within one year.

Give the earth your pet, stated in the bill, Ukrainian will not be able. After the death of a cat or dog owner will be obliged to immediately notify veterinary clinic. The body of the animal will need to pass together with the previously obtained passport and the license plate listed on the badge.
The funeral of a cat or dog, I suggest the MPs must realize purely cemeteries for animals and in the crematoria, which will create at the expense of local budgets.

Monitoring compliance with all these innovations it is proposed to entrust the National police. Security forces will be able to come home to the Ukrainians and to check whether their cat collar in good conditions contains the dog has not ever had a pet “illegal” pregnancy. In addition to imposing fines, the police will have the authority to take temporary possession of the Ukrainians pet to court.

If the bill is passed, and preparations for its implementation will take four months.