Home / Society / Ukrainians told to save the money on the card

Ukrainians told to save the money on the card 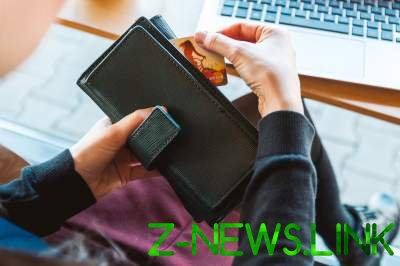 How to avoid becoming a victim of fraud.

The security service has exposed a group of hackers who stole millions of USD from Bank cards of Ukrainians. According to the SBU, the fraudsters used a malicious software for hacking into financial institutions. We understand how reliable and secure means of Ukrainians in banks and what to do in order to protect them from theft.

The security service of Ukraine recently arrested a group of hackers who had stolen funds from Bank cards. According to the SBU, was stolen more than 10 million UAH more than 1.5 million credit cards.

Thus, according to the secret service, “attackers also use malicious software had infected the information network of banks for violations of regular state operation of systems and gain unauthorized access to data”.

We contacted a number of leading Ukrainian banks with the request to tell about how to ensure the protection of customer funds from fraud.

“We have a system antipoda (against fraud – “the Apostrophe”) which identifies potential threats automatically and blocks suspicious transactions. The system is trained and responds to new threats,” the publication said in a press-service of PrivatBank.

Other financial institutions, to whom the request was submitted or ignored it, or refrained from specifics.

Was there a hacker?

The experts in the field of cyber security believe that Ukrainian banks are quite good protect the interests of their customers from potential hacker break-ins of banking and payment systems.

“Ukraine is very appropriately refers to the protection of Bank cards”, – said the publication of cyber safety specialist Vladimir Styran.

“Fraud, which is conducted with clients, their cards and accounts, often leads to a real loss of funds. All transfers and payments that we make are insured by Visa/Mastercard. Thus, if the customer has not made payment, and the money is gone, the Bank will reimburse the funds through the services of these payment systems. It is important to remember that it is possible to return money only for 180 days,” he said.

Vladimir Styran also surprised that the SBU said about the exposure to group of hackers. According to him, in the mentioned case it is, rather, about the so-called skimmers that steal money from the ATM cards.

See also:  Ukrainians told, what weather to wait for Monday

“There are no problems with banks, here, rather, claims to the ATM networks, which are not always banks and belong,” he explained.

The expert also noted that the stolen Bank cards with the amount reported by the secret service, quite small.

The head of the Internet Association of Ukraine Alexander Fedenko also believes that stealing directly from banks are rare.

“The cases that have been leaked from the Bank itself, is quite small,” he said in comments “Apostrophe”.

By the way, in one of the banks told the publication that in the case of the detention SBU crooks to speak about the skimmers, which security forces “were about six months”. In this case the banks were helped by the secret service.

According to the interlocutor of “Apostrophes”, the attackers “were placed on the ATMs of different banks of pads for reading data cards”.

The safety of the card holders is largely their own concern. Well, in this case, you must do the Ukrainians, to best protect themselves and their savings from fraud?

According to Alexander, Fedienko, in almost all cases, financial losses are on the cards was due to the carelessness of cardholders.

He explained that often people pay online, cards that are large sums of money, what not to do.

“As soon as the card hits the Internet, it leaves its mark, and eventually it can break and take off with her money,” – said the expert.

Also, according to him, quite often, the cardholders violate the instructions of their banks. For example, if the Bank warns that it is not calling your clients to update the data, people can still answer the questions of scammers claiming to be employees of financial institutions.

In addition, many banks use a system of double IDs when withdrawing money from client accounts, for example, send SMS messages, which clients must respond with a confirmation or to block the card, if the money is trying to remove someone else.

See also:  In the center of Kiev are going to follow a car in a pedestrian zone

Maxim Parkhomenko also drew attention to the need to use double verification of payments. In addition, he advises not to use for the active payment card connected to a Bank account with fixed assets.

“In the event of theft of such a card (without reference to the account with a large sum – “Apostrophe”) you will not lose a significant amount of money. And, clearly, their own vigilance!”, the expert concluded.

Your call is very important to us

In the state savings Bank generally concurred with the recommendations of experts. Here also pay attention to the fact that one of the most popular type of fraud is the sending of SMS messages and phone calls allegedly from the financial institution.

In a press-Bank service “Apostrophe” said that sending such SMS and calls impossible.

Fraudsters often represented by employees of the largest financial institutions – “because to get to the client of such a Bank easier.” “This kind of SMS get even customers who do not use Bank cards. Fraudsters organize massive mailing telephone databases regardless of the category of the subscriber, at random, by selecting telephone numbers”, – told in Oshchadbank.

The financial institution noted that according to this scheme are told about the prize car, need to pay the fee or the card has been blocked.

“This so-called social engineering, which is implemented by well-trained various psychological techniques people. The calculation is simple: panic, the reflex response of the person receiving the SMS. The Bank’s customer will immediately respond to the lock message card and call,” – said the press service of the Bank.

See also: In Kyiv on Boulevard of Friendship of Peoples install new fencing