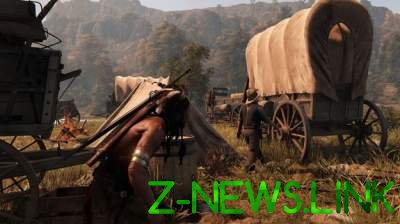 A special highlight of the project, This Land is My Land will be open world game, which will be generated in different ways.

Ukrainian Studio Game Labs has presented its new project, tentatively titled This Land is My Land. The game represents the adventures of an Indian in a large open world that is generated for each new game and is constantly changing.

A special highlight of the project, This Land is My Land will be open world game, which will be generated differently when creating a new game, and to change and evolve in the process of passing. Thus, gamers will see a different development of cities, small settlements are always in different places, and other unique to each passing features of the game world and its inhabitants. It is noted that the size of the game world will exceed the one in the game the Elder Scrolls V: Skyrim. In addition, the creators do not exclude the possibility of adding companions with whom the player will be able to travel and run a campaign.

The project is at an early stage of development, and the release date and platforms for which created This Land is My Land, not yet announced. Basic Studio developers located in Kiev.