Home / auto / Ukrainians made up the bike

Ukrainians made up the bike 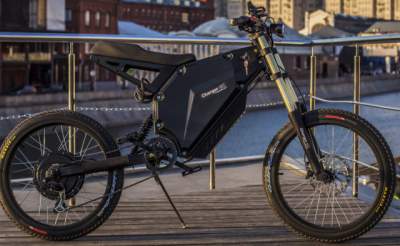 Student from Khmelnitsky collected the bike, which is charged from the outlet.

Eugene Bogachuk studying for a 3 course Khmelnytsky national University and the whole year in the room of his apartment, the young man was engaged in modeling of electric bike.

And today the boy is riding around town on made own transport.

To create your own electric bike, the youngster set aside a scholarship for two years. 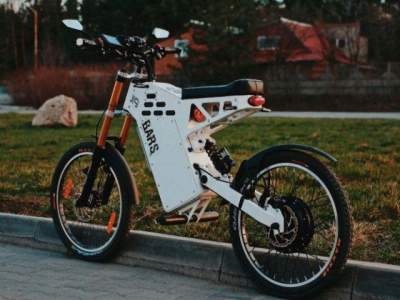 Finished vehicle have the following dimensions: weight – 58 kg, length – 2 meters, acceleration up to 80 km/h the Average speed in a straight line was 60 km/h. Melnichny intends to make another experience. He plans to limit the throttle to, for example, to go 30 km/h. he Then intends to withdraw the arithmetic mean and will know how it goes at maximum and minimum speeds is says Eugene Bogachuk.

On the vehicle has a turn signal, beep, lights, tail and speedometer. 20-year-old boy intends to build a kickstand and a USB input to recharge the phone. In addition, he plans to configure the GPS. 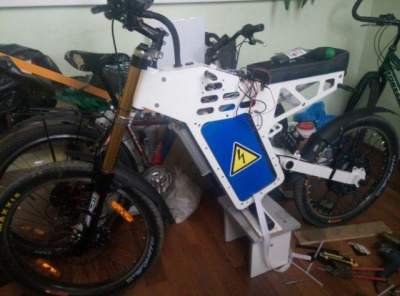 The idea to create bike came spontaneously, but then Eugene has long delayed its implementation. Some time later, the young man still went to work. The whole year from day to day, the guy embodied his idea to life. Came from school till night to stay in his “workshop” – parents have identified the guy an entire room to create the “iron horse”. They were not against the passion, but on the contrary, strongly supported him.

See also:  Regional gas companies Firtash began to turn off the homes of Ukrainians from the gas supply

Just for modeling, it took 4 months. Then started to order parts and wait for them to come from China and different cities of Ukraine. 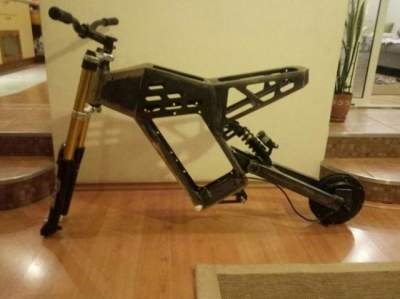 Homemade bike differs from bikes and regular motorcycles. It can accelerate to high speeds, has an electric range and can travel large distances. The guy said that compared to other vehicles, to keep its product much cheaper because he charges it from the usual outlets. Besides, due to the small volume of motor, to have a driving license for his bike is not necessary.

The bike guy is selling for 2.5 thousand dollars. Today the young man has already received many proposals from investors who are willing to contribute to its work on new projects. The guy is pleased, and says he is already planning the creation of the city’s private firms for the development of the electric vehicle and a reserve already prepared a name – the “BARS”. 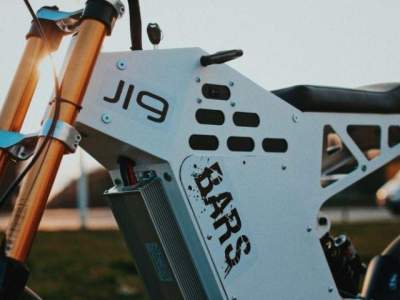 Says to sell your first bike do not mind it. In fact, this work gave him the idea of creating their own production. The bike is already on sale, people are actively interested in them.

“I already knew that it worked for me, I feel confident, therefore can improve, for example, to make a lighter frame and better componentry. Also plan to open in our city, its production, and first want to calculate everything to the penny, how much are all the parts, electricity, wages, marketing. I’ve turned a lot of investors who want to invest, but first you have to calculate everything,” says Eugene Bogachuk.

The guy plans to build his team, because he can not handle. He already even has the people he’d brought into their community.

Following the development, said the young man, is an electric skateboard. In the meantime, on his bike, he goes to the University and rolls friends. 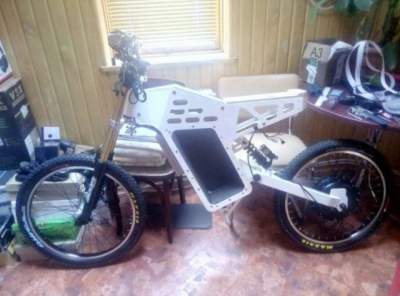