Ukrainians looking for the removal of deadly mushrooms from Chernobyl 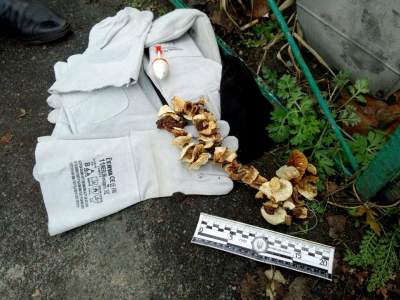 In the Kiev region 27-the summer worker of one of local enterprises tried to export from Chernobyl zone hidden under clothing mushrooms that exceeded the dose of radiation, informs the Main police Department in Kyiv region on his page in Facebook.

During the inspection of the vehicle at the checkpoint “Dityatki” worked automotive dosimeters excess doses of radiation. When scrutiny the employees of a battalion of patrol police of the Chernobyl nuclear power plant found the body of a man mushrooms. 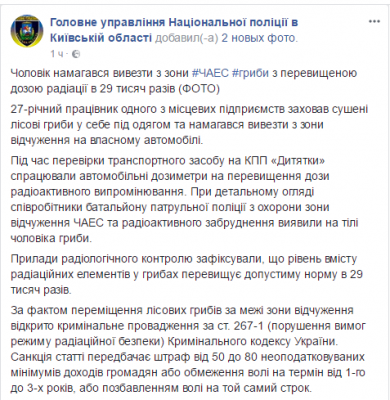 The dosimeters recorded the excess of the permissible levels of radiation elements in mushrooms 29 thousand times.

Upon movement of wild mushrooms outside of the exclusion zone opened criminal proceedings according to article 267-1 (violation of the requirements of the regime of radiation safety) of the Criminal code of Ukraine. The sanction of article provides a penalty from 50 to 80 tax-free minimum incomes, or restraint of liberty for a term from 1 to 3 years, or imprisonment for the same term.

Previously soomlos that near Kiev detained a truck with a radioactive metal from the Chernobyl zone.

Also another Ukrainian tried to export for sale 15 kg of radioactive lead the NPP.