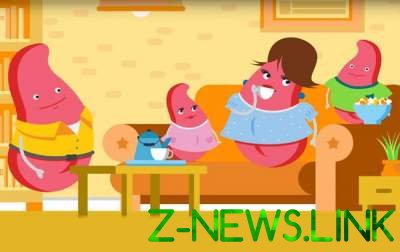 Children will be able to watch Ukrainian-language cartoons.

In the network appeared the Ukrainian version of the popular children’s cartoon “Peppa Pig”.

Each episode will teach your children how to speak Ukrainian. Among the characters of the animated series – Lepetun, his wife yasmin and children Andrew and Les.

“Many parents try to teach children to speak Ukrainian, but they don’t know how to properly called ordinary household items. That is why we came up with the idea to create a “Ukrainian Peppa” or a cartoon series for kids,” quoted the founder of the project “Mova – DNA natsiï” Natalia Klimenko edition Gazeta.ua.

“We will publish our cartoons on YouTube – and parents will have more time for their own Affairs, while the kids will watch cartoons and useful to learn to speak Ukrainian”, – said Natalia.

In the first series the main character is Lepetun introduces viewers to his wife Arinoi and children Andrew and Lesia.

Next series – “Breakfast” – will be released in two weeks. In it, Andrew and Les, along with grandma will cook the pancakes and then share them with their loved ones. In total there will be ten episodes.

Network users are able to evaluate the cartoon and write glowing reviews.

“It finally came! Very cute and sweet. We thank the authors and look forward to the continuation!” – wrote one of the users.

One of the users noticed that “the voice and the music is good, but the dialogue is not a fountain”.

“There are still some comments, but given the lack of similar quality content, they will yet be superfluous. This is a big step forward,” he added.

Note that the money to create the cartoon were collected on the platform of public Finance “Spincast”. For the realization of the intent of the philanthropists donated more than 260 thousand UAH.