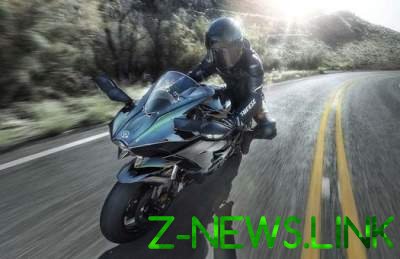 In motomatters in the village of Zhukovsky daredevils gathered legendary bike Inspirium who glorified Ukraine for the whole world. Two-wheeled literally just got off the ferry a month came from the U.S. state of Utah, where in August at the international competition of vintage motorcycles from the first attempt clocked up 160 km/h and broke the world record.

Competition in extracolonic conditions temperature +50, salt around the surface is like a washboard. This former salt lake which dried up 17 thousand years ago. Those who are crazy about speed enjoy racing cars and motorcycles for almost 100 years. The Ukrainians were represented by our state for the first time.

Ordinary Soviet IZH-49, issued almost immediately after the second world war, men bought for 20 thousand hryvnia. It weighed more than a hundredweight and had only 10 horsepower. At this not to be dispersed, they say bikers. The frame was changed to aluminum, so the weight is decreased on 30 kg. to increase the power in 5 times – completely disassembled the engine.

Upgrade to a modern motorcycle is not a problem, says the master, but to make the Soviet scrap the bike, which is now estimated at $ 150 million – this is the aerobatics.

The bike will still be to finish, say the bikers are sure it is possible to squeeze another 20% power. So in the next year promise a new world record.