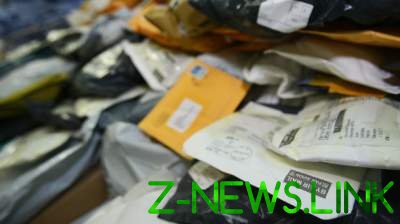 The Ministry of Finance undertook the legalization of the market of postal shipments. This will write a separate bill, which will soon present to the public and the market. And though the final version of the document is under consideration of the Cabinet, the Ministry of Finance has already announced the main points of the bill. To date, the state allows Ukrainians to be ordered abroad goods valued at not more than 150 euros without additional tax payments. The limit around which raged a lot of the scandals did not touch. But officials suggested to limit the amount of such duty free purchases to three per month.

So, for the fourth parcel from Aliexpress and other overseas stores will have to pay tax at 20%. And so that nothing is missed, when the fiscal service will set up a special information system. It will track how many purchases were made or that the recipient. Identification of recipients will be engaged in the customs or postal service. How to collate the data — haven’t decided yet. Checking can make on the passport or identification code as the data of the passport can change. Which option will choose the officials, it will be clear in the final draft law.

The project will also allow once a month to import goods hand Luggage or Luggage without taxation in the amount of 300 euros. But only on the condition that the traveler was outside of Ukraine is not less than a day. Such artisanal and import operations it carries out not more often than once in 5 days. If you do not observe the rule of “24 hours”, comes into force is another restriction: every day can be imported tax-free goods for no more than 50 euros.

However, at least to inspect the parcel, the customs officers have the right, without limitation, the current number of customs officials is enough to inspection not more than 5% of shipments. And for mail and Express parcels, the percentage is even less, experts say. So, to inspect the parcels is unlikely to be often. However, it is possible that upon receipt of operational information from “well-wishers”, for example, a large batch of smartphones, the parcel will expand. And the speed of delivery of orders may be affected.

“Legally the actions of customs will be the same, that before, after such a bill. Will only change the speed of now each package will have to double check how many times before that imported the recipient and not whether it is passed the allowed limit. This will mean that recipients will have to wait weeks for customs clearance,” — said the President of “Ukr-China Komunikeyshn” Vyacheslav Lysenko.

The Ministry of Finance assure that the to control the number of parcels will not be implemented on the border, so as not to create queues and delays, and the country courier services through a request in GFS. Officials argue that innovation should not affect ordinary citizens, noting that three purchases per month “personal needs” should be enough for all. While the daily import goods without paying VAT and duties are mostly grey importers with the aim of obtaining profits.

According to a study conducted by GfK, the Ukrainians are getting from abroad on average 10-13 packages per year. Average order value is only 1292 UAH. That is, the limit is much higher than the real consumption. And abuse by grey importers every year depriving the Treasury of billions of hryvnia.
Therefore, it is expected that increasing the transparency of import of goods into Ukraine will create positive conditions for the conclusion of a very large number of imported goods out of the shadows that will fill the budget at the expense of customs payments.

The law will outsmart

Lawyers say that leaves open the question of implementation of innovations and exceptions corruption points from the GFS. “During the recent lowering of the threshold of taxation of goods delivered from abroad, as it was believed that it will affect the buyers of expensive products and the small businesses which bring goods in small batches, but it only resulted in the introduction of schemes for the fragmentation of consignments of imported goods dishonest entrepreneurs without payment of required tax payments”, — said the lawyer of law firm “Misechko and Partners” Julia Demidenko.

Experts see potential ways around the legislative initiative of the Ministry of Finance. For example, nothing prevents to specify a different recipient. So as not to exceed the designated limits of a parcel are to different people on different documents.

“Of course, to whom little is 36 duty-free parcels per year, can “connect” to family members, friends and colleagues to use their limits. But in any case, abuse is when you import through the mail will be in much smaller amounts. Eliminate them could only complete abolition of privileges”, — told one of participants of the market.

Besides, to implement this scheme in the case of more or less large shops that deliver goods in the form of “packages”, it will be harder. Although they find ways to circumvent the restrictions. “Many stores are carrying their goods in the “gray”, but it strongly lobbied for this law, that people gave them competition. Although at the moment people act within the law, shops are not” — said Lysenko.

In General, as shown by research of GfK, shopping on the Ukrainian sites with delivery from abroad made up 7% of all online purchases. In fact, it is the marketplace of the Ukrainian venues, when the goods are delivery from European warehouses under the allowance. And the share of such sales is growing rapidly.

in may 2017 the Ukrainian customs no longer pass the parcel with the goods bought in foreign online stores. “New mail” then complained about mass inspections of international shipments. In Gospitalniy service then explained that audits are conducted only at the request of owners or their representatives and customs officers do not pass the counterfeit goods.