Ukrainians can restrict the right to purchase at online stores 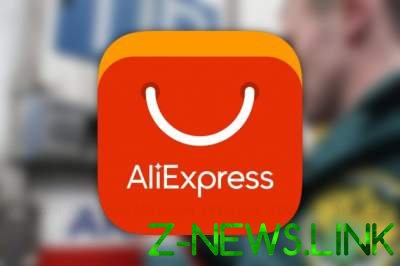 We are talking about foreign online stores, for purchases in which Ukraine plans to impose taxes.

The Ministry of Finance suggested to limit the number of duty-free shopping from foreign online stores in in three month.

So, for the fourth parcel per month with Aliexpress and other overseas stores will have to pay tax at 20%. To control this process by fiscal service go to create a special information system. It will track how many purchases were made or that the recipient.

Identification of recipients will be engaged in the customs or postal service. Checking can make on the passport or identification code as the data of the passport can change. Which option will choose the officials, it will be clear in the final draft law.

To date, the state allows Ukrainians to order abroad, without additional tax payments of goods worth not more than €150. The limit around which raged a lot of the scandals did not touch.

The project will also allow once a month to import goods hand Luggage or Luggage without taxation in the amount of up to €300. But only on the condition that the traveler was outside of Ukraine is not less than a day, and in the case that such artisanal and import operations it carries out not more often than once in 5 days. If you do not observe the rule of “24 hours”, comes into force is another restriction: every day can be imported tax-free goods for no more than €50.

“Legally the actions of customs will be the same, that before, after such a bill. Will only change the speed of now each package will have to double check how many times before that imported the recipient and not whether it is passed the allowed limit. This will mean that recipients will have to wait weeks for customs clearance,” — said the President of Ukr-China Komunikeyshn Vyacheslav Lysenko.

The Ministry of Finance assure that the to control the number of parcels will not be implemented on the border, so as not to create queues and delays, and the country courier services through a request in GFS.

Officials argue that innovation should not affect ordinary citizens, noting that three purchases per month “personal needs” should be enough for all. While the daily import goods without paying VAT and duties are mostly grey importers with the aim of obtaining profits.