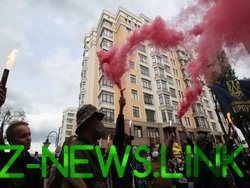 Official statistics do not take into account left for work and long settled abroad citizens.

It was reported that in 2019, the population of Ukraine has officially decreased by 250 thousand, while a year earlier to 233 thousand

Earlier were announced the results of the census conducted by the Cabinet. So, Ukraine is home to approximately 37.3 million people. Thus one tenth of the population is in the capital.