Ukrainians are Slavic while Russians engaged in ethnic mixing — Kiev 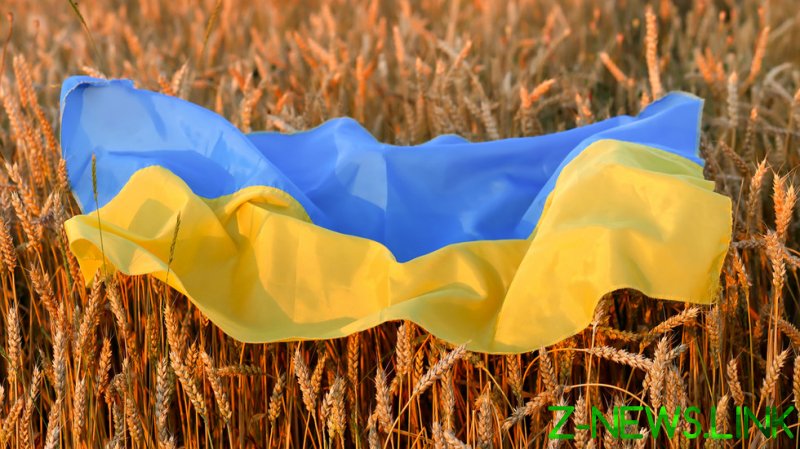 A Ukrainian state body for historic research has published nine arguments on Monday for why Ukrainians and Russians cannot be called brotherly nations, including one that stated that Ukrainians are pureblood Slavs, while Russians count people from Ugro-Finnish tribes among their ancestors.

The Ukrainian Institute of National Remembrance released a series of info cards making the case for a profound historic difference between the Ukrainian and Russian peoples. The cards, with text in Ukrainian and in English, were posted on its social media accounts. Some of them were later deleted, but not before being retained by web archiving algorithms. 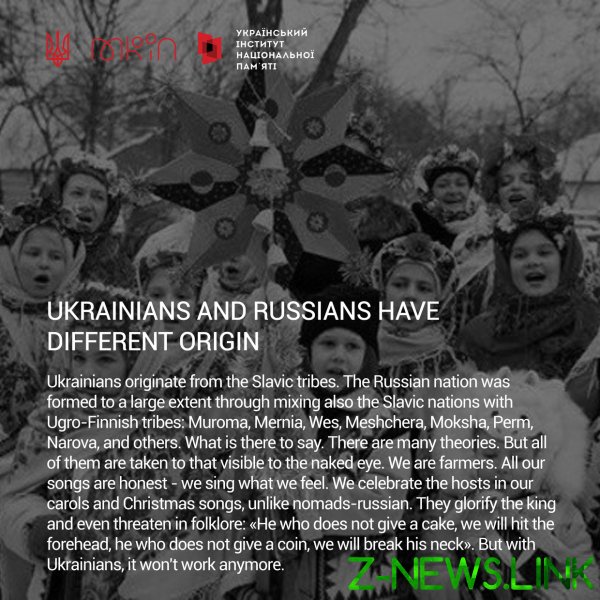 One of the cards explained how the two Slavic peoples actually have different ethnic origins.

“Ukrainians originate from the Slavic tribes. The Russian nation was formed to a large extent through mixing also the Slavic nations with Ugro-Finnish tribes: Muroma, Mernia, Wes, Meshchera, Moksha, Perm, Narova, and others,” it stated. The difference apparently is “visible to the naked eye”.

Ukrainians, it added, “are farmers” who “celebrate the hosts in our carols and Christmas songs, unlike nomads-russian”.

Other cards explained further differences between Ukrainians and Russians. One said that Ukraine’s capital Kiev was the center of the medieval state of Rus long before Moscow’s existence. This sentiment was previously advocated by Ukrainian officials and some of their supporters. The US embassy in Kiev, for example, shared a corresponding meme days before Russia attacked Ukraine in late February.

Another one highlighted the fact that northeastern lands inhabited by Slavic peoples got conquered by the Mongols and supposedly adopted the tradition of “exhalation of the ruler and a complete obedience to him” – presumably unlike freedom- and private property-loving Ukrainians.

Those two cards, while initially deleted, were later reposted on the museum’s Twitter account. The one about purity of blood was not, but a Ukrainian language variant of it remains available on Telegram at the time of writing.