Home / Society / Ukrainian VIP showed what was in my school years

Ukrainian VIP showed what was in my school years 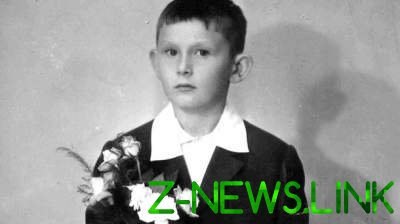 In Ukraine celebrate the Day of Knowledge.

Now they are public people, celebrities, and the school, like all children, hooligans, afraid to break up scarce tights, fell in love with the teachers and flirted with my classmates.

THE ATTORNEY GENERAL LUTSENKO MOVED UP ON THE SHOVEL

Acting General Prosecutor of the country Yury Lutsenko from the first to the last call went to Rivne school # 7. Now she Rivne humanitarian gymnasium. “He comes to school now. Once or twice a year. The behavior he had, like most students. And Yuri was Secretary of the Komsomol organization”, — told us the Deputy Director of the gymnasium Irina Yaremchuk. Lutsenko himself on the holiday lineup in 2015, told the students that in his time he had problems with the exercise. And to learn to catch up, he was doing exercises on the shovel. 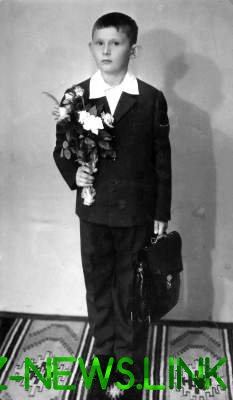 MEYHER AND WRESTLING WITH THE BOYS

“In the first grade I went with reluctance, — rasskazyvat singer Nadezhda Meyher. — Up to 5-th class I I didn’t like school, and the only vivid recollection was the first teacher. Very kind, helpful. Becoming older, becoming more daring, I calmly endured school. And were able to protect themselves from annoying boys. Some of them even become my friends. In the school period had a lot of different stories. From playing cards with the guys on the back of the class during the lesson to arm wrestling. Guys lined up to compete with me. They were not aware that a girl can win.” 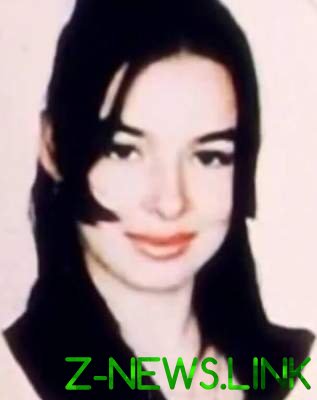 JUMPER SALADUHA: “THE BATTLE FOR THE CALENDARS!”

“On 1st September and 1st class in the happiest time,’ says world champion and Olympic medalist in the triple jump Olga Saladuha. — White apron, who always wanted to wear, line, flowers. I was in Donetsk, in the 49th school — very near to the house in 1st grade my parents drove, and in the 2-3-m went myself. I remember my 1st of September we all came dressed up, the guys from the 11th grade, we were given textbooks, balloons, some ribbons. The teacher gathered us all and said that now we have become adults. Sitting all proud! I’ve always wanted to give the first call with someone from high school, but was high, and the girl took very tiny. In my school years my hair was long, my mother always is something woven, and now with my daughter getting ready for September 1, knit bows. Say you want to cancel the series — but in vain: for children, especially in the younger grades, is a triumph. First lessons? Estimates at first there was no teacher Elena encouraged some medals, calendars, candy. Then you watched one per day more had accumulated. And if you have left a proud. Was a real struggle for these calendars! Now, of course, children only phones can surprise (laughs)”. 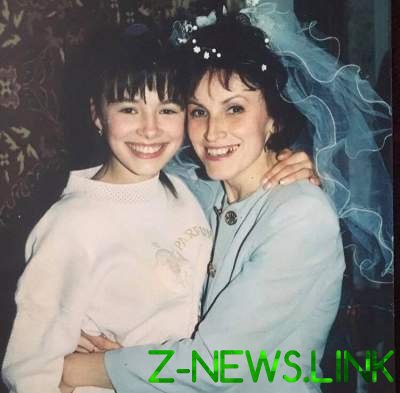 The mayor of Kiev Vitali Klitschko went to the first class in Kazakhstan. “It was in 1978. The school was 239, although she was the only one in the military garrison where he served as my father, in the bare steppe in Northern Kazakhstan. The first teacher Nadezhda Mironovna was the youngest teacher at the school. And the most beautiful! All the boys of our class were in love with her. And I also, says the mayor. 1 September was very hot — on the line to stand was not easy!”. Due to the transfers of his father in the work of the Klitschko replaced all four schools. Graduated from Vitaliy Kiev school №69. In addition to physical education, the future Boxing Champ fond of geography and mathematics. 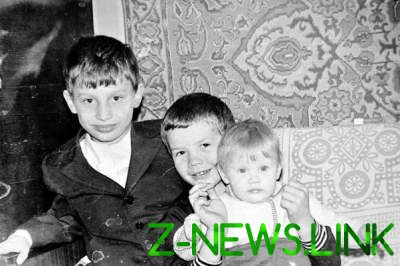 “School is my first steps on stage, — says the actor “Quarter” Eugene Mishka. — In 3rd grade I started to participate in the events. I sang and played in various scenes, for which some teachers didn’t like me because because of the shows I was released from classes to prepare! School time is a wonderful period, it is friends, two and five, the fear parent-teacher meetings. And this is the first call and, of course, exhaust that nobody remembers. Kidding. By the way, when I was not deprived of female attention, although the appearance is not particularly different. And humor began with class 10th”. 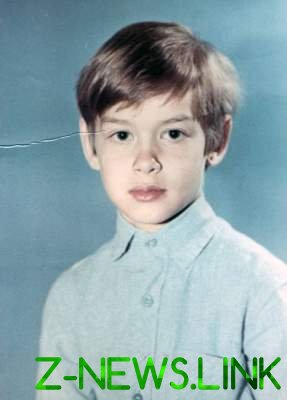 200 CLASSMATES OF THE HEAD OF NATIONAL POLICE

“It was 1978. In school my mother sent me, 1-To class. In General, I studied in classes with the letters “B”,”B”, “E”, “Z”… Learning in school was in three shifts: there was an opportunity to experience all the times of day: the first shift I had to get up, the second you sleep longer if in the third, then late in the classroom. For transfer from class to class, I had about 200 classmates”, — told the “Today” head of the national police Sergey Knyazev. “The restless,” did not prevent him to go to school on good and excellent, and then with honors to finish Acacademy of the interior, a magistracy and defend a doctoral dissertation. 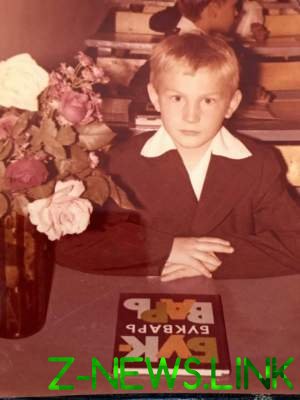 OGNEVICH WAS HIDING UNDER THE DESK THE BOOK OF TOLKIEN

“My first September 1, was remembered with flowers and a smiling mother. I was afraid to break the white tights, which were then in short supply. I also remember the competition on speed reading. Incidentally, I was among the first, because long before the school had already learned to read quickly. But the exact Sciences were given me a hard time — more like the arts and Humanities. Teacher in mathematics and physics knew that for me it was more important vocal competitions, let me go, and I was responsible and always passed all subjects. To this day, grateful for their understanding. I remember in chemistry class I was reading under the Desk of Tolkien,” recalls the singer Zlata ognevich. 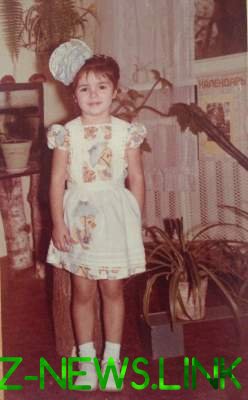 PLAYER LEVCHENKO: “ROGUE” AND A STUDENT

Ex-football player] of Ukraine Yevhen Levchenko (39 years old): “I studied in school №13 in Konstantinovka. I remember when everyone was chasing the blue school uniform, she had a more stylish cut. But my parents find this could not, was in an ordinary brown. But my dad gave me to school your huge suitcase-diplomat. These are usually crime films, the eyeballs filled with money (laughs). The case was two times more than me, but on 1 September, I was the most solid. First school years were very fun. I was known as a terrible rogue! He turned off the coats with eyelets in the wardrobe, put the buttons on the chairs and classmates, and teachers, always with someone fought. All the changes drove on the street the ball, appeared on the classroom sweaty and dirty as hell. The diary was trying to hide away from my parents. That all changed in 4th grade. I was seated in the front row with the girl student, and I at once improved academic performance, and behavior. And then I joined the football section”. 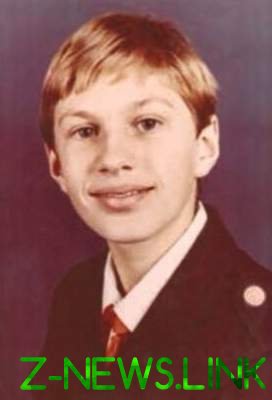