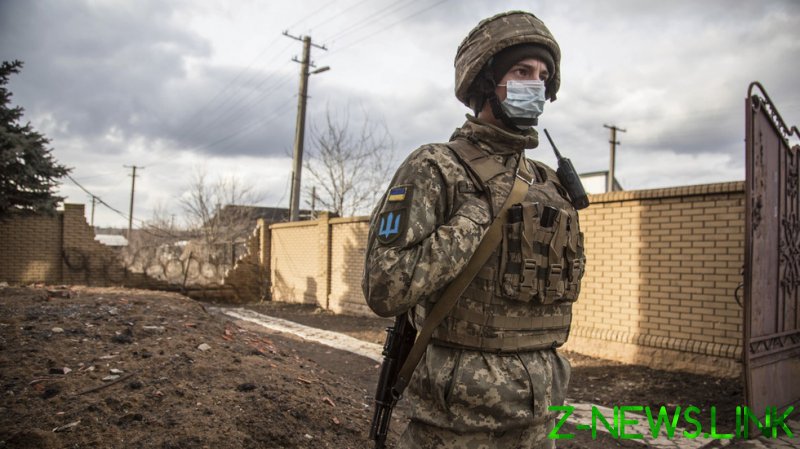 Ukrainian soldiers are abandoning their positions in the face of a Russian offensive, Moscow has asserted, while also claiming that its armed forces are not striking cities and pose “no threat” to civilians.

In a statement issued on Thursday morning, defense officials said that “intelligence shows that units of the Ukrainian army and servicemen are leaving their posts en masse, laying down their weapons.” No direct evidence has been presented to substantiate the statement.

According to the release, “Ukrainian Armed Forces positions that have laid down their weapons are not being attacked. The Russian armed forces are not striking Ukrainian cities. There is no threat to the civilian population.” Moscow says a number of military targets, including airfields, defense installations and airplanes have been hit by “high-precision weapons” as part of a “special operation” ordered by President Vladimir Putin.

However, Alexey Reznikov, Ukraine’s Minister of Defense, has called on his country’s citizens telling them to take up arms in the face of the Russian offensive. “The enemy attacks, but our army is unbreakable,” he wrote on Facebook. “Anyone who is ready and able to hold weapons may now join the Territorial Defense Forces in your local region.”

Kiev’s foreign minister, Dmytro Kuleba, has issued a statement in which he declared that Moscow “has just launched a full-scale invasion of Ukraine.” According to him, “this is a war of aggression. Ukraine will defend itself and will win,” he insisted. “The world can and must stop Putin. The time to act is now.”

Ukrainian President Volodymyr Zelensky has declared martial law in the country, urging citizens to stay calm and stay at home.

Foreign leaders have condemned Moscow’s actions, with US President Joe Biden saying that Russia had declared a “premeditated war” that would lead to “catastrophic loss of life and human suffering.”