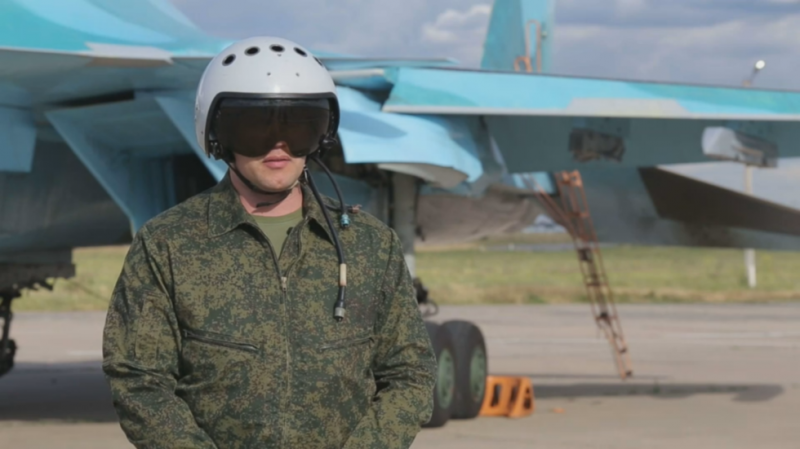 Russian intelligence has said it foiled a sophisticated plot by Kiev spies to hijack several military jets. An intelligence official and a pilot, who is said to have been targeted by the Ukrainians, shared details of the operation with RT.

Early in the ongoing conflict, Kiev compiled a publicly available list of military hardware, promising monetary rewards for potential defectors who managed to bring the equipment with them. The more elaborate the weapons were, the better the rewards that were promised, with warplanes, helicopters and tanks fetching the top prize of up to $1 million.

When the public call for defectors fell flat, Ukraine’s security service targeted individual Russian servicemen – pilots in particular – directly. They apparently traced and identified the pilots through the digital trail they left online, an operative with the Russian Security Service (FSB) told RT’s Maria Finoshina. Kiev appeared to be specifically interested in Russian Su-34 fighter-bombers and Tu-22M3 strategic aircraft, according to the source.

A Su-34 pilot targeted in the plot told RT that he was initially reluctant to speak with the Ukrainian spies, believing the promise of $1 million for stealing warplanes and defecting to Kiev to be a prank. After realizing his interlocutors were serious about the proposal, he tipped off Russian intelligence, which then monitored subsequent conversations.

“Initially, of course, I took it as a joke, but after a period of talking it became clear that I was dealing with representatives of the Ukrainian intelligence service and their Western partners,” the pilot said. “Also, I was supposed to get passports of European states and a comfortable life abroad was promised.”

Ukrainian intelligence apparently believed the Russian pilots who they contacted were ready to commit treason and hijack their own warplanes, putting them in touch with a Ukrainian pilot to discuss technical details.

“They believed so much in the possibility of organizing the hijacking that they revealed the layout of their defense systems, altitude maps, and lots of other useful information to us,” the Russian pilot said, adding that the information obtained from the Ukrainians was used during the military operation.

To prove that the pilots were actually able to pull off the hijacking and had access to the specific warplanes, Ukrainian intelligence demanded video proof from them. The pilots were paid between $4,000 and $7,000 per video, which showed them getting into the planes while holding pieces of paper with specific numbers. 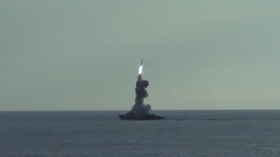 Since transactions between Russia and abroad had been heavily restricted under Western sanctions, the pilots were to be paid in cash through an elaborate network of couriers. The FSB has detained the man who had allegedly hired the couriers to deliver the money, and the suspect made a rather unexpected revelation.

The middleman claimed he had received orders directly from Christo Grozev, a Bulgarian journalist and chief ‘Russia investigator’ with Bellingcat, a controversial US-government-funded organization that was labeled “undesirable” in Russia earlier in July. Moscow has repeatedly questioned the independence of the investigative group, citing its close ties with Western intelligence agencies.

“Grozev… did not actually explain anything to me, he just told me the name of the courier who would deliver the money by train,” the suspect claimed.

The alleged involvement of Grozev is not the only suggestion of Western influence in hijacking the planes. During the negotiations with the pilots, Ukrainian intelligence was able to procure two legitimate EU passports – one Slovakian and one Romanian – for wives of the pilots, as a guarantee for the would-be ‘defectors’.

Leaving Russia with such documents would have immediately turned the pilots’ families into “hostages” of Ukrainian intelligence, the FSB operative told RT, as “methods of blackmail, threats and pressure on relatives” have long been standard practice for them. 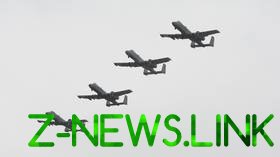 “Obviously, the operation itself was carried out with the support of Western and, primarily, British intelligence services. We know about Grozev’s involvement and MI6 not only from these statements,” the operative claimed, adding that Ukrainian intelligence had recently “ceased hiding” its ties with foreign spies.

The plot also described an even a darker element, as the would-be-defectors were supposed to somehow deal with their fellow crew members, it was revealed. While the Su-34 has two crew members, the Tu-22M3 has four.

Ukrainian intelligence reportedly suggested that Russian pilots should drug their comrades with Clophelin (Clonidine), a medication used to treat high blood pressure and other ailments. In high doses, however, it has a strong sedative effect, which makes the drug ‘popular’ among criminals wishing to knock out their victims to rob them. Very high doses can also be lethal.

Since the drug is not easy to come by in Russia, Ukrainian intelligence is said to have arranged a dead drop involving the substance. The FSB says it later recovered a stash of the medication.

“As the pilot, I was asked to knock out my co-pilot, and what would happen to him after that is not clear – even whether he would be kept alive,” the Russian serviceman said.

According to the FSB’s information, the Ukrainian side insisted the betrayed crew members would be safe and exchanged as POWs later on. The Russian pilot, however, expressed strong doubts about that.