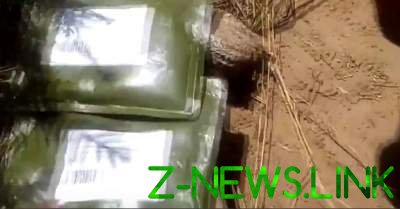 Old rations in the zone of conflict is now greater, since the transition is gradual.

The Ministry of defense of Ukraine showed a new cohpac for the army.

Menu – hot entrees on the front, for preparation of which it is not necessary to start the fire. The first installment of rations was sent to the ATO.

Converted and several kitchens in military units in the rear.

Head of food security of the rear of the APU Colonel Nikolai Coluk assured that not only changed the way of cooking, but the quality of dry rations.

“Dried apricots, raisins, prunes are really a novelty. Garnish the porridge with meat for Breakfast, for lunch, for dinner. This is the second dish. The first dish of meat. Plus separate meals – canned meat 200 grams, 50 grams more than surpice that exists today”, – he said.

However, the old rations in the zone of conflict is now greater, since the transition is gradual.

The defense Ministry promised that by the end of 2018 all the parts in ATO go to such rations. At the same time in the rear also started to change the food system.

In particular, in the soldiers ‘ canteen there are many new dishes in the diet became more meat, a thousand calories increased nutritional value of lunch. Now instead of 60 UAH per day for food waste, 90. In addition, the commander can now choose your products instead of those that the soldiers do not eat.

Another NATO innovation – now to cook the military needs chefs to in case of urgent displacement of a part soldiers are not left without food.

The defense Ministry promised to the end of 2019 to complete the reform of the power.