Ukrainian showman made a loud confession about the tour in Russia 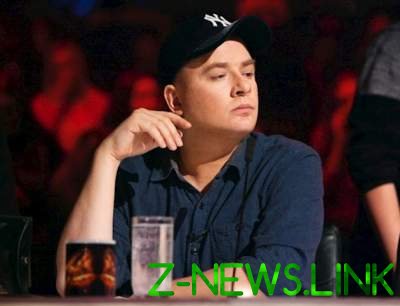 Danilko said that left in your schedule are closed corporate parties in Russia.

Ukrainian showman, composer and singer Andrey Danilko refused poster of concerts in Russia, though he believes that the tour – this is a personal question each artist, and to deny the Ukrainian stars to perform in the cities of the Eastern neighbor is meaningless.

In addition, the singer left in their work schedule private events and private parties, from time to time in Russia. Like I said Danilko him to no ban.

“The events of which I speak, they are so closed, it’s private parties, which I deny, no one can. It birthdays, family gatherings. This is not the action, not the poster shows,” said the singer.

Organize such events, according to the artist, people who have nothing to do with politics.

“Yes, I repeat, the poster shows are a very big issue. Now is the time. As for such private events – celebrations have always been. There will always be weddings, birthdays. Even in the most difficult time,” he added.

We will remind, the journalist muzhdabaev suggested the Verkhovna Rada to legislatively resolve the issue of the performances of the Ukrainian artists on the territory of the Russian Federation. For example, to deprive the local stars of licenses on tour in Ukraine.

According to Andrei Danilko, like the government’s actions will not bring about any useful result.