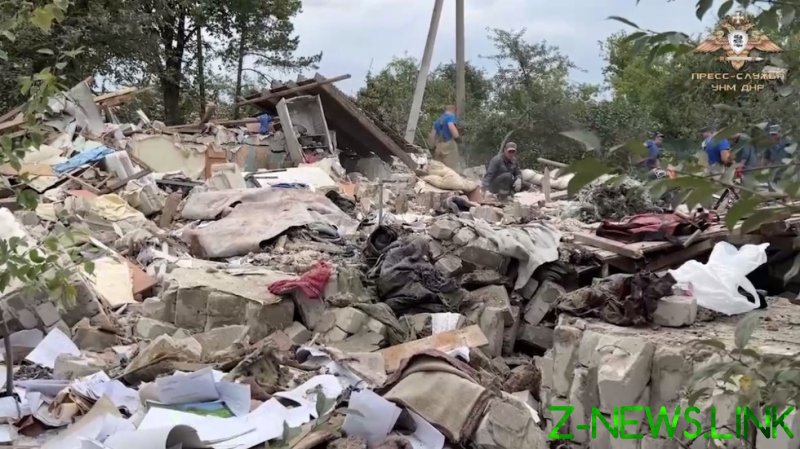 At least 13 firefighters, rescuers and medics have been killed, and nine others injured, in a “targeted” Ukrainian missile strike that destroyed their living quarters in the middle of the night, according to Donetsk People’s Republic (DPR) officials.

The attack targeted facilities in the village of Rubtsy at around 4am local time on Thursday, according DPR emergency ministry chief, Aleksey Kostrubitskiy.

“It was a targeted missile strike on our unit. All rockets hit residential buildings,” he said, calling it “a war crime that deserves punishment.”

Out of the nine injured first responders, five are in a critical condition, according to the minister.

Three buildings, which hosted the staff and equipment of the DPR emergency ministry, were also hit, Kostrubitskiy said.

Residents of Rubtsy, which has been under Russian control since March, recalled hearing from four to six explosions in the middle of the night, saying they only learned about the target of the attack in the morning.

Videos from the scene have shown what appeared to be one-story buildings, reduced to rubble by the strike.

The victims of the attack “were not holding weapons. They worked to keep people safe. But we see the true attitude of Kiev towards the people of Donbass. This is the behavior of terrorists. It’s our duty to stop them and punish the criminals,” DPR leader Denis Pushilin said.